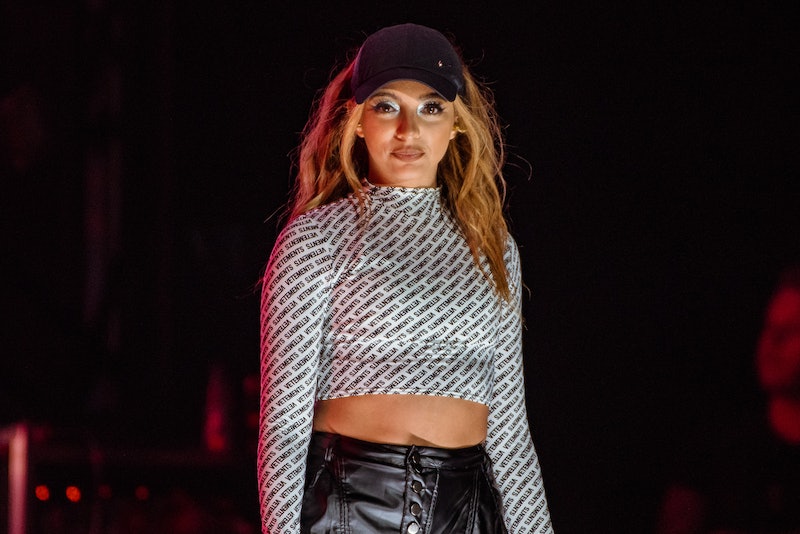 The dating world has been devastated by the coronavirus crisis, meaning there’s far fewer nascent celebrity courtships to satiate the hopeless romantics among us. So reports suggesting that Jade Thirlwall and Jordan Stephens are dating were just what the (love) doctor ordered.

Though the duo did not initially confirm their relationship, Thirlwall has since referred to Stephens as her boyfriend in an interview and revealed when she first fell for him. While interviewing Ru Paul for the December edition of Cosmopolitan, Thirlwall said: "When I first started talking to my boyfriend, I discovered he did a movie where he played a drag queen and I was like, right, that’s it. He’s perfect. Sign me up! A straight man who’s willing to dress in drag and loves being queer and feminine."

Frankly, it is the confirmation we needed. Reports from media outlets about their rumoured relationship all pointed to the pair getting close.

The Sun reported on May 20 that Thirlwall and Stephens, best known for their work as members of Little Mix and Rizzle Kicks, respectively, had been messaging and went on a socially distant date. Pictures of this reported date (or perhaps another one?) have appeared on social media – and, yes, it did involve a dog and some ice cream.

On July 1, the Mirror shared a photo believed to be the pair walking arm in arm at the Black Trans Lives Matter protest that took place in London on June 27 (the photo appears to have originally been posted by a friend of the pair's on Instagram). And it seems that Thirwall and Stephens may have also attended an earlier Black Lives Matter protest together also, according to evidence discovered by fans.

As well as Black Lives Matters and LGBTQ rights, another shared movement that they both champion is the importance of open conversations surrounding all things mental health. Thirlwall has spoken about her mental health struggles and the pressures of fame in the past. Recently, for example, she wrote a moving poem for The World From My Window about her experience of lockdown and how it affected her anxiety.

Writing is something they have in common as Stephens, a passionate mental health advocate, often shares musings on this topic and others via Instagram. Handwritten pieces in his notebook cover everything from society to racism to mental health and toxic masculinity.

A love of drag, it seems, is another shared interest. Speaking with Ru Paul, Thirlwall said "it’s really important for me that whoever I find relationship-wise loves drag culture."

Per her own confession, it was seeing Stephens in Tucked, a 2018 film which just landed on Netflix, that sealed the deal for her. In it, he plays a young queen, learning the ropes and artistry from an ageing queen.

More like this
4 Surprising Celeb Throuples That Got The Internet Talking
By Sophie McEvoy
Joey Essex Is Rumoured To Be Dating A 'Love Island' Favourite
By Sam Ramsden
Vanessa Bauer Is Reportedly Dating Her 'Dancing On Ice' Partner
By Darshita Goyal
Gemma Atkinson & Gorka Márquez Are Strictly The Sweetest Couple
By El Hunt
Get The Very Best Of Bustle/UK
Sign up for Bustle UK's twice-weekly newsletter, featuring the latest must-watch TV, moving personal stories, and expert advice on the hottest viral buys.