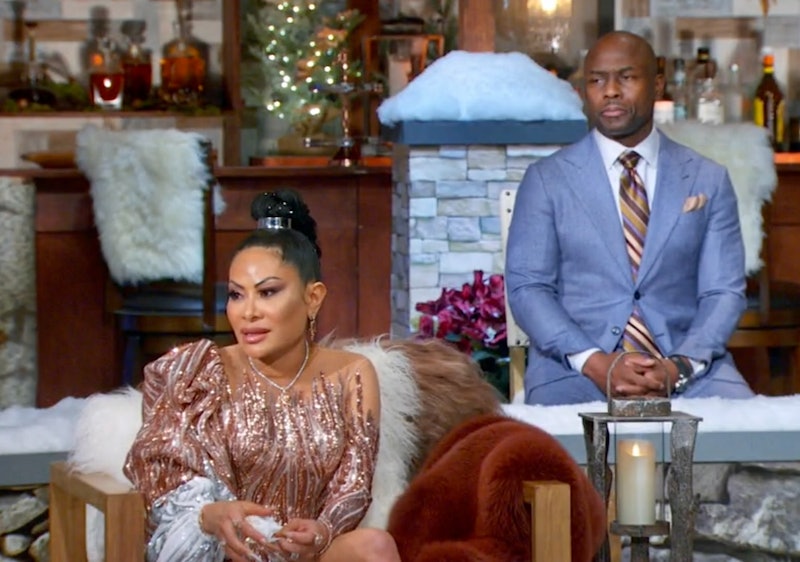 At the end of Real Housewives of Salt Lake City’s Season 1 finale, Jen Shah and her husband Sharrieff “Coach” Shah seemed to be back above water after a difficult time. But according to Jen, they nearly got a divorce after filming ended.

In a preview clip of the Season 2 premiere shared by Bravo, Jen explains to costar Lisa Barlow that Sharrieff reached his “final breaking point” with her “getting angry, getting upset, and lashing out to get attention,” so he left and considered ending their marriage. “Sharrieff felt like he wasn’t being a positive influence in my life, like he couldn't help me,” she says. “What I didn’t realize was how I was acting, and because I hadn't fully told him how I was feeling, it made him feel like he was the problem. And so, he was like, ‘OK, I have to leave. And at first I thought, ‘OK, this is just an argument.’ And the next day, a divorce attorney contacted me. He had already reached out to a divorce attorney. ... I was devastated.”

In a later confessional scene, Jen says that while they’ve certainly had fights throughout their 27 years of marriage (they met while attending the University of Utah in the early '90s), this was the first time Sharrieff had ever said, “I’m leaving you.” But the two were ultimately able to work through their issues and move into a new house: “Shah Chalet 2.0.”

As we saw in RHOSLC Season 1, Jen and her husband were at odds over the fact that Sharrieff’s job coaching college football required him to be away from home so often. One major point of contention: Sharrieff was on the road for work during Jen’s father’s funeral. She called it a “FaceTime marriage,” though she told Bustle last year that the arrangement worked just fine for them. “I’m very independent and I’m not at home waiting for him to get off work,” she said at the time. “I’m like 'OK, I'm opening three more offices, I’m in New York, and you’re busy, I’m busy. You're going to have to call my assistant and get scheduled in.”

But Sharrieff seems to be sticking by his wife. “27 Years ago I married my best friend, my soul mate,” Jen wrote in an anniversary post to Sharrieff in August. “I love you with my entire heart...thank you for your unconditional love, support and standing by my side no matter what. I thank Allah for you each and every day. You are truly my biggest blessing; you are my everything.”