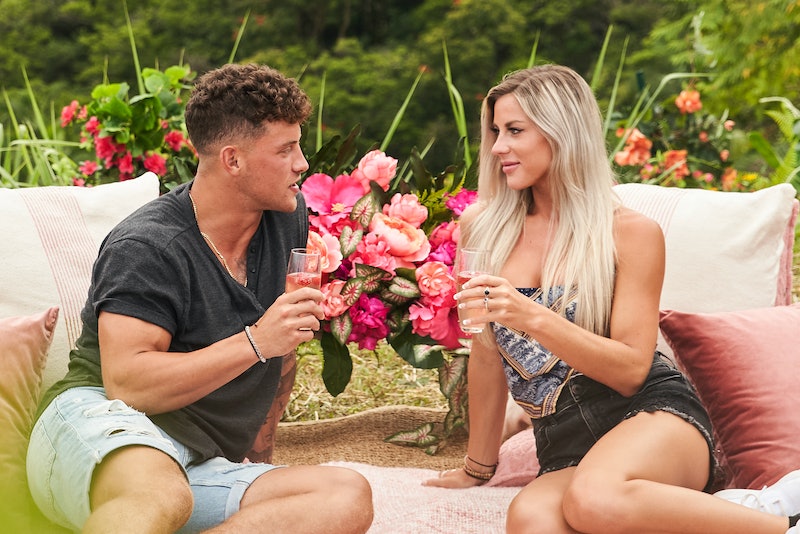 Just one day after officially becoming a couple, Josh Goldstein and Shannon St. Clair left Love Island US for a heartbreaking reason. During the Thursday, Aug. 5 episode, Josh explained to his fellow islanders that he’d just learned his sister Lindsey had died the previous night. “It’s unexpected but she lived an unbelievable life,” he told his castmates while announcing his and Shannon’s exit from the CBS reality series. “I just need to be home with my family right now to support them.”

After leaving Hawaii, Shannon flew with Josh to his home in Massachusetts, where they filmed a joint Instagram video to let fans know they’re back safely on the East Coast. “We want to thank everybody for not only the support throughout the show but the support in this tough time, dealing with the loss of my sister,” Josh said, with his arm around his new girlfriend. “It’s been a hectic couple of days but we made it back, we’re with family, and we're just mourning right now.”

According to her obituary, Lindsey Beth Goldstein “passed away unexpectedly after being stricken ill suddenly at her residence” in Newton, New Hampshire. The local death notice described the 27-year-old social worker as “the light and the shine within her family and with her friends.” Lindsey “took care of herself and enjoyed working out,” and was planning an October 2022 wedding with her fiancé Paul.

Josh also revealed that his sister is partly responsible for bringing him and Shannon together. “My sister was the reason I was on [Love Island]. She was one of my best friends and the reason I met this beautiful lady right here,” he said. “It’s just been an unbelievable experience, and I know that it brought my sister joy to watch us grow our relationship and really take it to the outside world. ... We’re gonna be OK. It’s gonna be a long journey, but we’re gonna be OK.”

Shannon, for her part, added that Lindsey was a “huge fan of the show” and “would always “watch her little brother and support him and us as a couple.” “She’s the reason why we are together where we are right now. She's the one who signed Josh up to the show,” Shannon explained. “We owe that all to Lindsey.”

Indeed, Lindsey previously described encouraging Josh to sign up for Love Island US after watching the UK version. “I was with my friend and we couldn't believe how much Josh looked like one of the guys on the show,” Lindsey told their local Eagle-Tribune newspaper in July, recalling that Josh “kept moving along in the process” after she suggested he fill out an application. “He really deserves it. He has been so focused on baseball and then getting his masters degree that he hasn’t really been able to focus on relationships. I can’t wait to see him.”