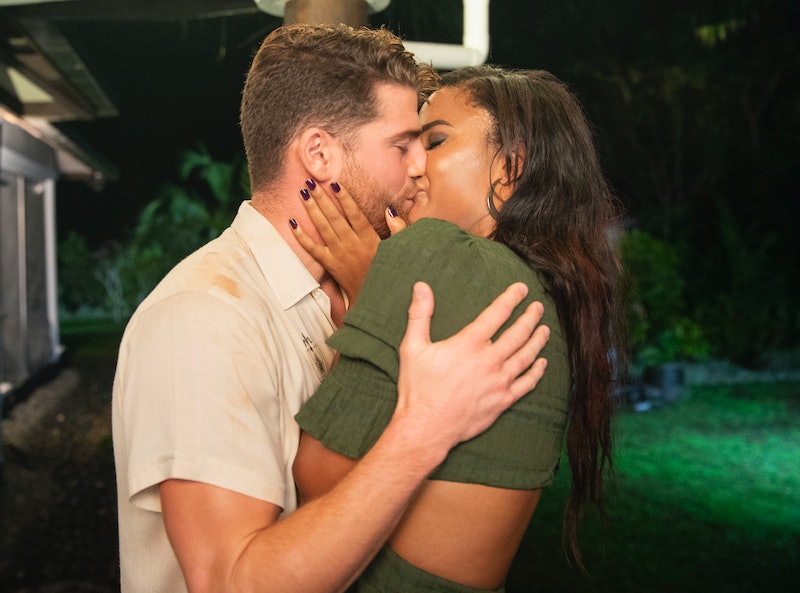 It must be true that opposites attract, because Kyra Green and Cashel Barnett from Love Island are “two very different kinds of people,” Kyra tells Bustle. As documented on the show, they left the island with some issues to overcome, and ultimately, they weren’t able to make a relationship work. On top of that, Kyra alleges that they both cheated on each other at one point, which only made things worse.

“I'm not a cheater myself, and I should have broken up with him after he initially cheated on me,” she explains of her retaliatory cheating. “But it just kind of spiraled after that. I didn't trust him. He didn't trust me.” Ultimately, their lifestyles didn’t align, and they decided they were better off separated, making the split official in December 2019. In response to Kyra's cheating allegations, Cashel tells Bustle, "That's new to me..."

"Kyra is a great person, and we definitely gave it a good shot. We met each other’s families and did a fair amount of traveling together," Cashel continued. "We tried, but overall, I'd say we were in different places in life."

Despite the relationship’s messiness, Kyra has no regrets. “It's a lesson learned. I take everything how it comes, and I still stand with my journey on the show,” she says. “I don't mean him any harm. I think that he served an amazing purpose for me of being my first boyfriend.”

Now, Kyra is single and dedicated to her work. There’s not much dating happening during a pandemic, so she’s getting certifications in exercise and nutrition, and using her platform to advocate for Black Lives Matter and the LGBTQ+ community.

Cashel is currently traveling “to low populous areas” and enjoying the great outdoors with his girlfriend, who’s an ex from high school. “Things are going very well. We are madly in love again, and it's better than before,” he says. “We are both strong people and even stronger as a couple. I'm very happy.”

This article was originally published on Aug. 6, 2019