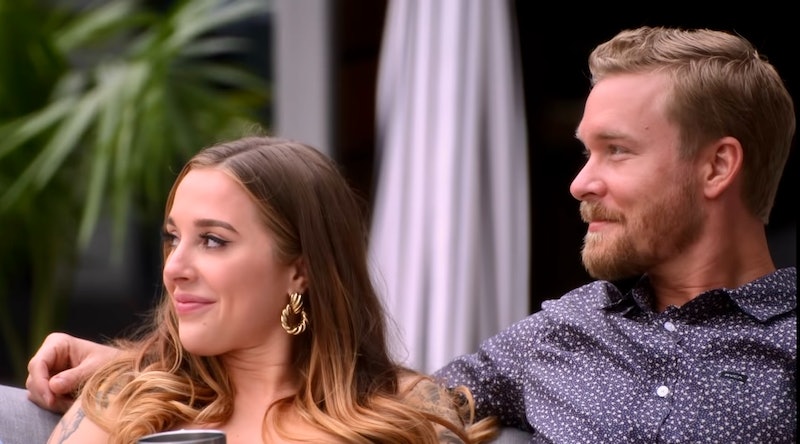 Of the six couples putting their relationships to the test on Netflix’s The Ultimatum, Lauren Pounds and Nate Ruggles seemed to have the most irreconcilable difference: He was dead set on having kids, and she didn’t want them at all. “Nathan definitely knows where I stand when it comes to how I feel about children,” the 28-year-old explained of her boyfriend of two-and-a-half years. “If we can’t come to an agreement, then ultimately we will have to break up.”

Nate, 30, was at least partly on the same page. “Anyone that I would think about marriage with, especially Lauren, would have to be willing to have children and to grow a family together,” he said. “If Lauren’s not ready to marry me, then I’m absolutely gonna find someone that is.” Though he knew he loved Lauren “more than anything,” the two just could not seem to get past their differing views.

That seemed to change rapidly over the course of their first four or five days of filming, as they dealt with the jealousy of seeing each other date different people. Lauren was initially drawn to Colby, while Nate was interested in Shanique and April. However, when both women chose other men to be their three-week trial husband, Nate whispered across the table to Madlyn that he intended to choose her.

After Colby selected Lauren to be his trial wife, Nate’s jealousy began to fester. “Colby is the type of guy, in my head, that is gonna continue to try to push the envelope, continue to try to approach Lauren, and that worries me,” he said. “I don’t trust Colby, and I don’t know his intentions. If Lauren chooses Colby and they end up living together for the three weeks, then I’m sh*tting my pants.”

They never got that far. Before Lauren announced her pick, Nate got down on one knee and proposed — the same move Hunter and Alexis had pulled moments earlier. “I’ve learned through this that I don’t have a family without you. And as long as I spend the rest of my life with you, that’s all I want. There’s no one else that I could imagine myself being with besides you for the rest of my life. So, Lauren, will you marry me?” Her response? “Abso-f*cking-lutely. Like yes, please.”

Their castmates were skeptical that they could have resolved such a major issue in less than a week, but Nate insisted that his change of heart was genuine. “If me being with you is a sacrifice for me not having kids, then I’m OK to have that sacrifice,” he told Lauren. “And if that means that we’re in our life forever, and we don’t have kids, I’m OK with that.”

Despite his assertion, they still left the show on uneven footing. “If you are being honest with wanting to marry me, like, we still have to figure this out,” Lauren told Nate during a conversation in their hotel room after they left the experiment. “If we have to get, like, a therapist to figure this out, I’m down for that.” Nate insisted that they get married first and then work it out, but Lauren said, “I’m not going to let you walk down the aisle and marry me if I can’t promise you kids.”

It’s been roughly a year since they had that conversation, and there’s no evidence to suggest that they got married. However, all signs seem to point to the Austin-based couple still being together. Though they haven’t posted any recent photos together, it appears they traveled to Costa Rica together after filming in May and exchanged playful messages in the comments. Then in October, Lauren posted about renting a car and road-tripping around Colorado with a special “someone,” who she later referred to as her “lover.” Nate has shared several photos of himself in Colorado, most recently on March 9.

It remains unclear, however, what resolution they reached about wanting to start a family. That’s something that will likely be addressed in The Ultimatum’s Season 1 reunion.

More like this
Love Is Blind’s Natalie Claims Shayne Signed Up For 'Perfect Match' While They Were “Still Together”
By Brad Witter
Mack & Domynique Reportedly Had An "Epic" Breakup On 'Married At First Sight'
By Brad Witter
All The Clues Clint & Gina Aren’t Still Together After 'MAFS' Season 16
By Brad Witter
Shaq Might've Spoiled His Relationship Status With Kirsten After 'MAFS'
By Brad Witter
Get Even More From Bustle — Sign Up For The Newsletter
From hair trends to relationship advice, our daily newsletter has everything you need to sound like a person who’s on TikTok, even if you aren’t.