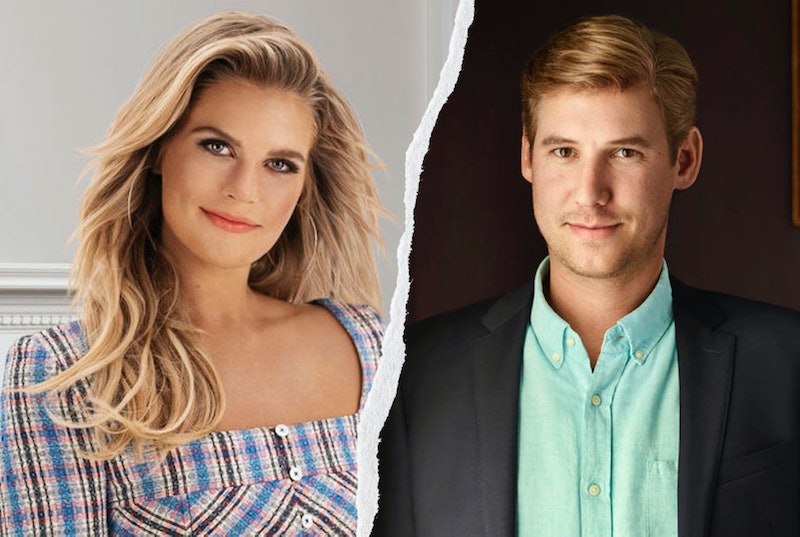 It's over for Southern Charm's Madison LeCroy and Austen Kroll. "I am 1,000 single, and so is he," Lecroy told Us Weekly in a Dec. 8 interview. "So, ladies, if you want him, you can have him." The reality star went on to explain why things didn't work between them, citing the ongoing coronavirus pandemic as a major factor of their split.

"I definitely think that quarantine was either gonna make it or break [our] relationship, and unfortunately, we did not come out stronger," she said. "We weren't even in quarantine together. We did for a short period of time, and then I think we both realized that maybe there was just too many things that had happened in the past for us to actually play house for 14 days or whatever it was."

According to LeCroy, their differences had a lot to do with how they each handled the pandemic. "Austen took his quarantine a little differently than I did — or, a lot different," she explained, adding that she had a lot more time to observe how he lives his life versus how she lives hers. "I think we're just on two different wavelengths," she said.

The pair's relationship kicked off at the start of Season 6, and it certainly wasn't drama-free. Shortly after coupling up, Kroll faced infidelity allegations when a video went viral of Madison catching him in his apartment with two other women. Now, however, it seems that LeCroy is looking forward to whatever adventure lies ahead, telling the magazine that she is "ready" to re-enter the dating game.

"I don't know how that's going to go with the world the way it is, and dating and things like that. So, we will see if I get out of the house," she told the outlet before explaining that she's in no rush to find love. "For the rest of the year, I think I’m OK," she said. "I think when you look for it, it's when you don't find it." LeCroy also spoke about the possibility of Kroll moving on with someone new. "I don't think I will like it, but I know that it's going to happen," she revealed. "I mean, he's got to move on and be happy, and I hope the best for him."

Just because it's over between LeCroy and Kroll doesn't mean there aren't other romances that might unfold in Season 7, which is currently airing on Bravo. Southern Charm newcomer John Pringle gushed over LeCroy on an episode that aired last month, but in her interview with Us, Lecroy said she plans on "keeping him in the friend zone."