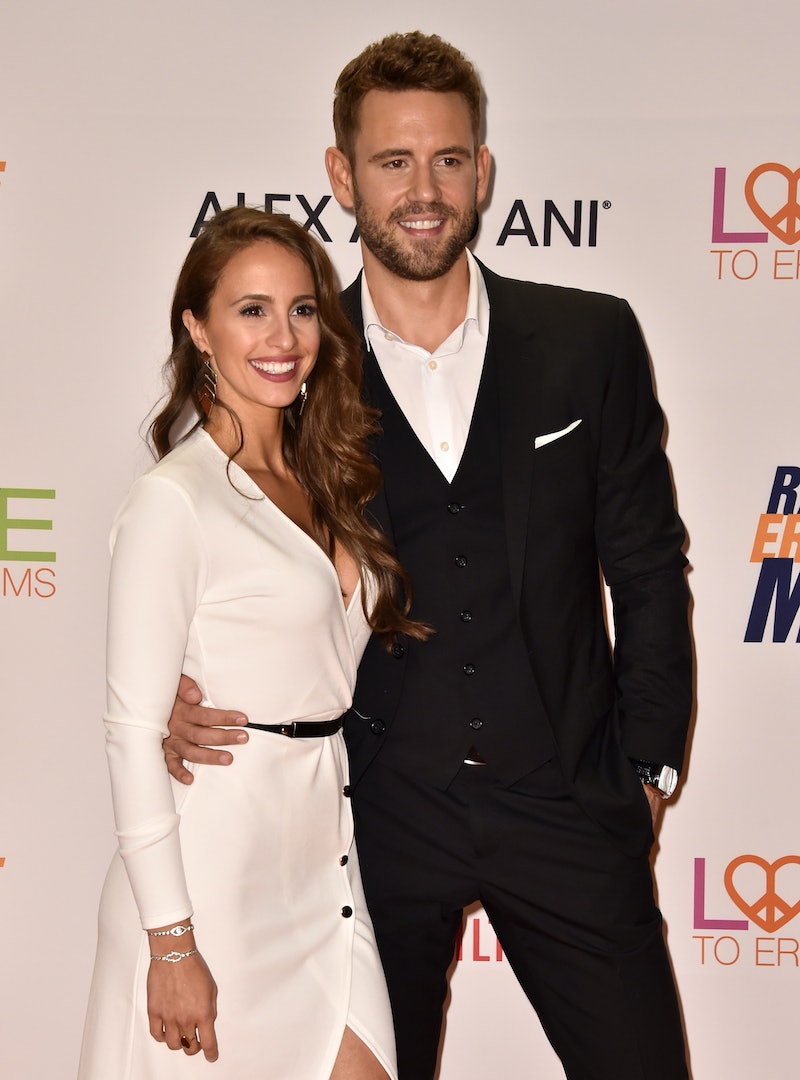 Things may not have worked out between Nick Viall and Vanessa Grimaldi on The Bachelor, but the two came away from the show still friends. Or, at the very least, they’ve remained on good terms with one another.

“We gave this relationship our all and we are saddened that we did not get the fairy tale ending we hoped for. We will continue to be there for each other no matter what,” Nick and Vanessa said in a joint statement to E! News after announcing the end of their engagement just five months after Nick’s Bachelor finale aired. “This hasn't been an easy decision, however, as we part ways, we do so with lots of love and admiration for each other.”

In 2017, Nick told Us Weekly that he and Grimaldi were "of course" still pals. "My friends, my family and Vanessa and I are still very much each other’s support system,” he said at the time. “We’re trying to do that and it’s a challenge at times, but we still realize that we’re there for each other."

Nick again reaffirmed their friendship in May 2018, telling Us Weekly that while he doesn’t see Vanessa anymore, he’d be completely comfortable hanging out should the opportunity present itself. “There’s a lot of mutual respect,” he said. “We don’t actively keep in touch but I’m sure we’d be there for each other if need be. We have a lot of other things going on in our lives. We are leading separate lives, of course.”

In fact, Nick congratulated Vanessa on her recent engagement to Josh Wolfe via Instagram. “Well thank god I followed you back a week ago to hear this news. Congrats to you two! Lucky guy,” he commented on her Aug. 10 post, just one week after Vanessa appeared on an episode of his Patreon podcast.

All these years later, Nick is still glad he chose Vanessa in the end. “We didn’t work out, but I was going to pick her. That’s who I fell for,” he recently said on his Viall Files podcast, per Us Weekly. “I was nuts about her and I have no regrets about stuff like that.”

This article was originally published on Sep. 1, 2017