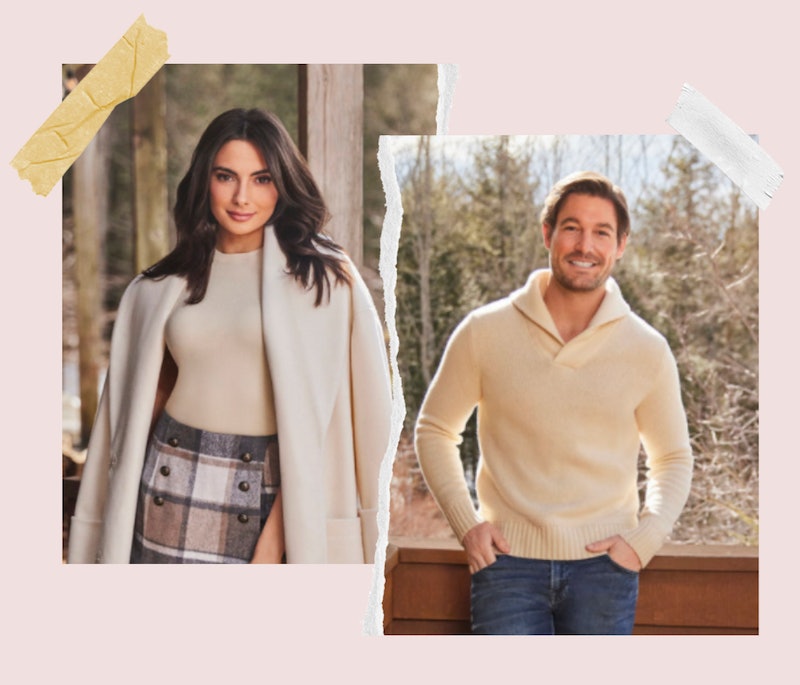 Paige DeSorbo and Craig Conover have been crushing on each other since 2018, when they met at Summer House star Kyle Cooke’s Hamptons birthday party. “We always had an eye for each other,” Craig recently told People. The only problem? They never seemed to be single at the same time.

The two reconnected for Winter House, a Bravo spinoff following cast members of Southern Charm, Summer House, and a few of their friends on vacation in Vermont for two weeks. At the time, Craig was dating Natalie Hegnauer. Paige had recently split from her boyfriend Perry Rahbar, and wound up having a fling with Italian model Andrea Denver during filming.

“When we got to Vermont, I didn’t know [Craig] had a girlfriend,” Paige told Us Weekly. “So, I was a little bummed when I first got there. But, of course, he was absolutely respectful to his girlfriend. And I’m so happy now looking back that he had a girlfriend because we built just a very platonic friendship, which is, like, the base of our relationship now. Everything really does happen for a reason.”

Craig continued to date Natalie after the show, but at some point the two broke up and his friendship with Paige “naturally” evolved into a romance. Over the summer, rumors began swirling that the two were dating after they were spotted spending time together in each other’s hometowns. They also attended the PGA Tour’s FedExCup Playoffs in Jersey City, New Jersey, in August, as well as Kyle Cooke and Amanda Batula’s wedding in September. “We did get a little drunk at the wedding and threw [an Instagram] Story up there from the photo booth,” Paige admitted to Us.

Now in a relationship, Paige and Craig are currently long-distance; she’s living in New York City while Craig remains in Charleston, South Carolina. “[As] two people that are very independent and have so much going on during the week,” Paige said, they “actually love” the arrangement. They’re able to “get all of [their] things done” Monday through Friday, then see each other on the weekend. “I feel like we’re more present with each other when we are together. We’re not on our phones and we plan and do fun things,” Paige told Us, also teasing that fans will have to see how their relationship evolves toward the end of Winter House.

Craig told People that they were initially careful to keep their romance out of the public eye, and that he’s confused by fans who think their relationship is a publicity stunt. "If it wasn't real then I'd be posting about it. I haven't posted a single thing about it because it's so real,” he said. Now that the cat’s out of the bag, though, he thinks it will be “fun” to share their lives with everyone. “We are pretty happy now,” he told the magazine. “I don’t think either of us has ever dated someone else in the industry. We get each other, it’s nice. We really are each other’s biggest fans, which is something that I’ve always looked for.”