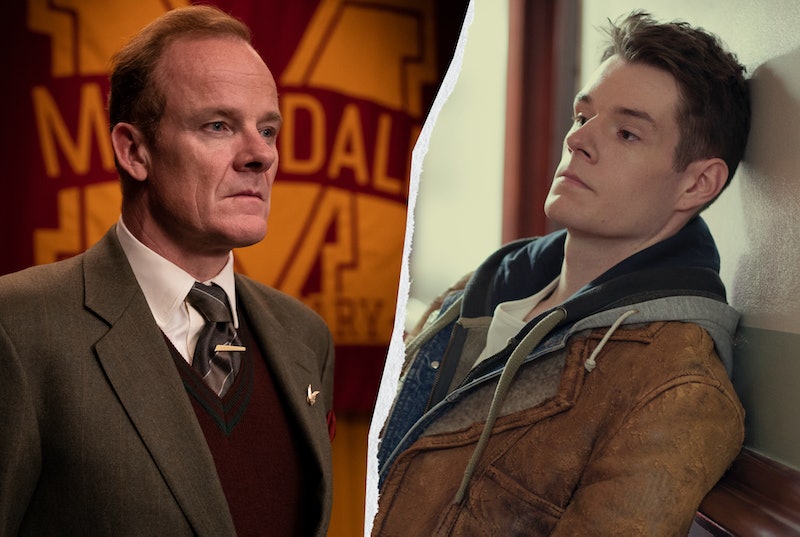 If you didn’t know Netflix’s Sex Education was back for its third season, where have you been? Since the new season dropped last week, fans and the stars of the show have been sharing their favourite bits from the newest episodes. From everyone’s reactions, it’s pretty clear that this latest season did not disappoint. One conversation that’s surfaced online is about the relationship between the actors who play Mr Groff and Adam Groff. The father-son relationship has become a fan favourite, but one question on everyone’s lips is, are the actors related?

While the family resemblance between Alistair Petrie who plays former Moordale High head teacher, Mr Groff, and Connor Swindells who plays his on-screen son Adam is uncanny, the two aren’t related. But the similarity in the actors’ appearances and mannerisms have fans questioning if they’re related and praising their casting.

In a sweet Twitter exchange, Petrie responded to writer Bolu Babalola’s tweet where she expressed how the characters were “so excellently played” and that “they ACT like father and son. Incredible.”

He responded: “Hi...we’re not but I feel like we are. He’s a truly great talent and I’m so enormously proud of him - as I would about my own sons. Thanks for loving the show. Very best wishes.”

To further clarify the growing speculation, Petrie took to Instagram to answer one of the most popular search terms about the show, ‘Is Mr Groff Adam’s real dad?’ In his caption, he wrote: “No, we’re not.’ But… are we related? Actually in so many ways, yes. This incredible talent and young man appeared in my life in 2018.

“I feel an intense pride at the young man he is, who he is becoming and the boundless talent he possesses. Blood might be the headline determining factor in dictating ‘related’. In this case, it’s not. Related? Yes. Absolutely and that is something that I’d like to acknowledge.”

Is someone cutting onions, because we’re getting teary at the bond between the two actors?