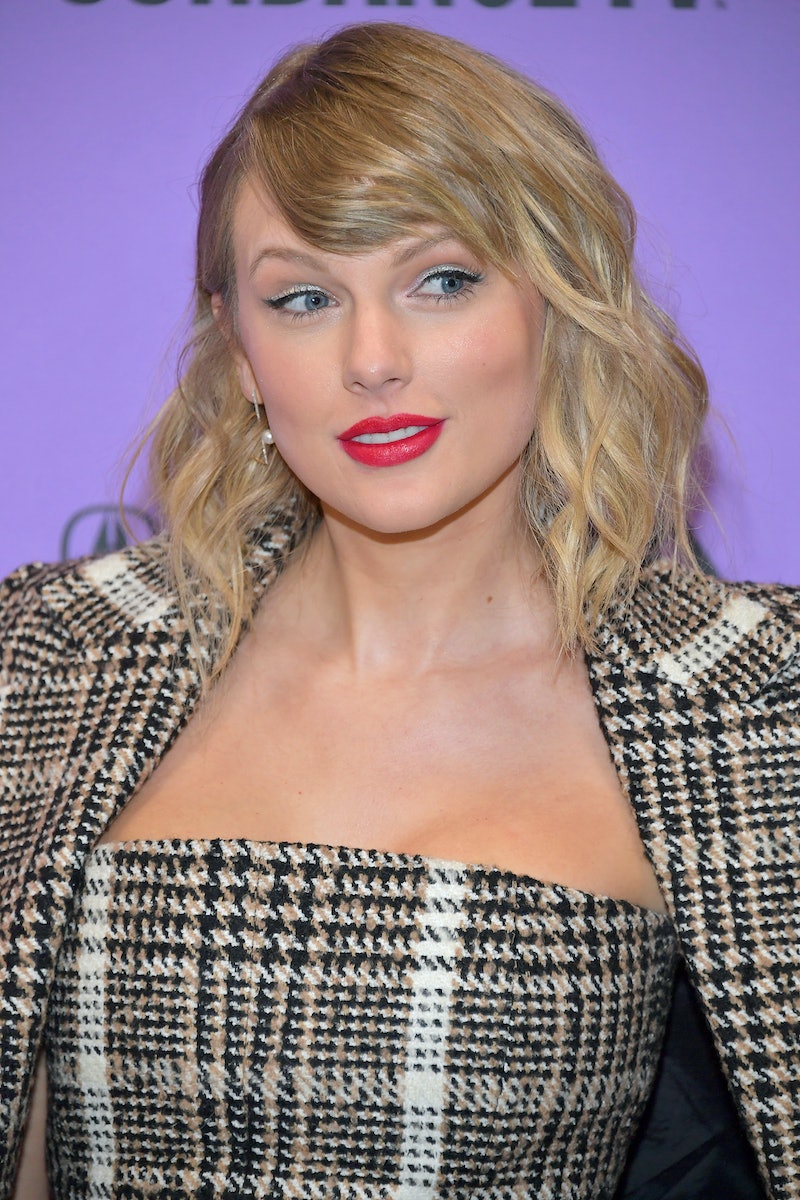 Taylor Swift released her (surprise!) eighth studio album, Folklore, on July 24, and some of the more melancholic lyrical musings have fans speculating about the state of her love life. It would be premature to spiral about any love lost, however, because Swift’s Folklore breakup lyrics might not be about Joe Alwyn at all. While Swift and her British beau, linked since 2017, both remain notoriously private about their relationship, some of the “Cardigan” singer’s fans are convinced that the two have parted ways due to some select Folklore tracks. Others, though, aren’t totally convinced.

In “The 1,” for example, Swift sings about “another day waking up alone” and muses, “But we were something, don't you think so?” Then, in “Exile,” she laments, “I'm not your problem anymore, so who am I offending now? You were my crown, now I'm in exile, seein' you out.” And, in “Hoax,” Swift reflects on a “faithless love” and croons, “Your faithless love's the only hoax I believe in, don't want no other shade of blue but you, no other sadness in the world would do.” While these lyrics could be enough to conclude that Swift and Alwyn are no more, there is, of course, strong evidence that suggest otherwise.

For one, along with the more morose lyrics, there are also tracks that point to a great love. Fans have maintained that “Invisible String” is about Alwyn due to its very specific references to his upbringing (he worked in a yogurt shop at 16) and places that are meaningful to the couple (Centennial Park in Australia), suggesting Swift is still head over heels for her actor beau. Perhaps the most prominent indication that the two are still growing strong is the theory that Swift and Alwyn wrote two songs together for the album, one of which possibly “Betty.” Swift credits a William Bowery in her Instagram post about Folklore, and fans have theorized that William Bowery is Alwyn’s pseudonym given its ties to his great-grandfather’s name and a sentimental spot. (Plus, we all know how much Swift enjoys a good pseudonym.)

Lastly, another damning theory that Swift and Alwyn are still together lies in none other than the album's name. In a note shared to social media pegged to the album’s release, Swift wrote that Folklore was born in isolation after her imagination ran “wild.” She cited folklore as a tale “passed down and whispered about,” one where the “lines between fantasy and reality blur and the boundaries between truth and fiction become almost indiscernible.” Swift added, “Picking up a pen was my way of escaping into fantasy, history, and memory.” With all of these factors in mind, it wouldn't be outlandish to assume that Swift's melancholic breakup songs are rooted in fiction, not real life.