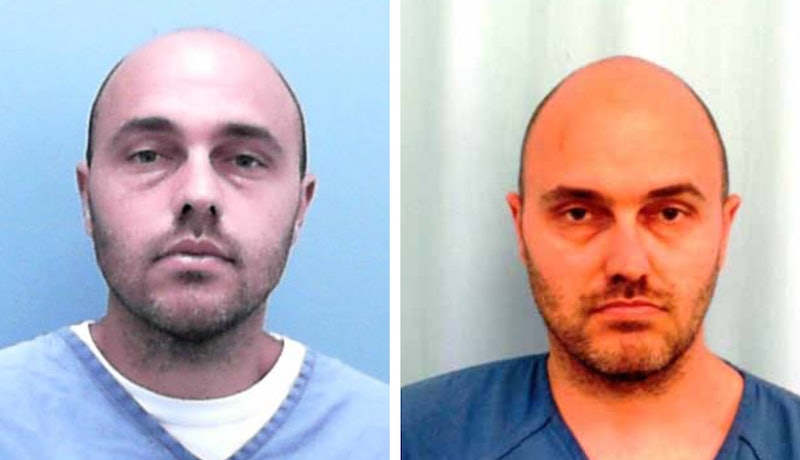 The Oxygen series Killer Siblings delves into murder cases involving siblings, but the episode about William J. Cormier and Christopher Cormier is made even more interesting by the fact that they're twins — and that they each blamed one another for the murder of Pensacola News Journal reporter Sean Dugas. Today, the Comier brothers are both still in prison for their roles in the crime, but they were each sentenced for very different reasons and lengths of time.

The murder occurred in 2012 and they were sentenced in 2014, according to the Pensacola News Journal. The Comier brothers had reportedly been friends with Dugas for a decade, after meeting through their shared interest in the popular card game "Magic: The Gathering." This game ended up playing a role in Dugas' death, as Atlanta Magazine reported that Christopher testified that his brother killed Dugas for his valuable card collection. According to CBS News, the collection was worth $100,000, and William sold about $12,000 worth of it before his eventual arrest. Some of the money he made went to buying the plastic container into which the Cormier brothers put Dugas' body so they could bury it in their father's yard. When detectives called the brothers' house because William was the last one spotted with Dugas, their father remembered that the brothers had recently buried a dead "dog" in the yard, and he turned them in to investigators, according to Atlanta Magazine.

Christopher pointed fingers at William in his statement to detectives, and William pointed them right back. According to the Tallahassee Democrat, William testified that he didn't know Dugas was dead and thought he was just emptying Dugas' home and selling his belongings at Dugas' request to help him move to Georgia. As for burying the body, William claimed he thought he was just digging a barbecue pit for his brother.

But the jury wasn't buying it. The Pensacola News Journal (PNJ) reported that both surveillance footage and witness testimony placed William as the twin in charge. He was the one who bought the plastic container they buried Dugas in, and he rented the truck to transport the body. He also bought the concrete to cover the hole. That, plus Christopher's testimony of allegedly having seen William hit Dugas in the head, convinced the jury and the judge. William was sentenced to life in prison without parole for premeditated first-degree murder, and Christopher was given a 15-year sentence for robbery and accessory to murder, per the PNJ.

According to Florida inmate records, William is still serving out his life sentence at the New River Correctional Institution in Raiford, Florida and is now 39. His brother Christopher is at the RMC Work Camp in Lake Butler, Florida, preparing for his eventual release. The RMC Work Camp provides educational and vocational programs to assist inmates with their transition back into society. Christopher is eligible for parole on August 14, 2025, according to his inmate file. He'll be 44.

More like this
A New Netflix Doc Will Explore The Unsolved Murder Of Jill Dando
By Sam Ramsden
This First Look At 'The Gold' Shows Jack Lowden In A Whole New Light
By El Hunt and Sam Ramsden
This 'Bachelor' Contestant Got Back With Her Bachelor Nation Boyfriend After Going Home
By Grace Wehniainen
15 Photos Of 'The Last Of Us' Star Pedro Pascal That Cement His Zaddy Status
By Radhika Menon
Get Even More From Bustle — Sign Up For The Newsletter
From hair trends to relationship advice, our daily newsletter has everything you need to sound like a person who’s on TikTok, even if you aren’t.