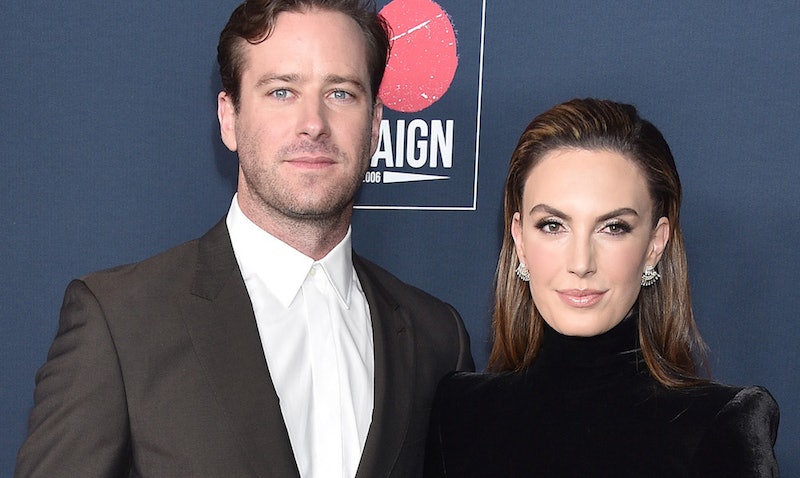 After 10 years of marriage, Elizabeth Chambers and Armie Hammer have split. The entrepreneur and actor both announced the news on Instagram on July 10 with the same throwback image and caption. The couple, who tied the knot in 2010, have two children together: Harper Grace, 5, and Ford Armand Douglas, 3. Chambers and Hammer both wrote that while it “has been an incredible journey,” they’ve made the collective decision to “turn the page and move on” from their marriage.

“Thirteen years as best friends, soulmates, partners and then parents,” Chambers and Hammer wrote. “As we enter into this next chapter, our children and relationship as co-parents and dear friends will remain our priority. We understand this news lends itself to public dialogue, but in the interest of our children and our family, we’re asking for privacy, compassion and love during this time.”

Shortly after their announcement, a source told PEOPLE that the two still “love each other very much” and have “always been such a close knit family.” The source said, “I know their main focus right now is their kids and making sure nothing changes for them.” The split comes after Chambers and Hammer celebrated their 10th wedding anniversary back in May.

Prior to their 2010 nuptials, Chambers and Hammer dated for about two years. In an interview with Vulture in 2017, Hammer revealed that the two met when a mutual friend had invited Chambers to an outing that Hammer had planned that included various museum trips and a gun range. When she arrived to pick him up, Hammer said he “felt like he'd been knocked over.” At the time, however, Chambers had a boyfriend. “Our friendship continued to grow and grow until one day when I was like, ‘I can’t be friends with you anymore,” Hammer told Vulture. “You’ve got to break up with your boyfriend, and we’ve got to start dating.”

In an interview with Town & Country in 2013, Chambers reflected on Hammer's persistence to wed. "When we finally got together, Armie really wanted to get married," she said. "He sat me down and said, 'Look, we don't have to do this. We could just go our own ways, and then one day you'll be 40 and divorced and we'll run into each other, and we'll laugh and go out to dinner and have this same connection, and we'll wonder why we wasted all of that time. Or we could just do it now and enjoy the ride.'"

More like this
Dakota Johnson Shocks With Armie Hammer Cannibalism Joke At Sundance
By Radhika Menon
Paris Hilton & Carter Reum’s Relationship Timeline Includes A Surprise Baby Boy
By Bustle Editors
Keke Palmer Shares The Sex Of Her & Darius Jackson's Baby
By Jake Viswanath
Everything You Need To Know About Kanye's Post-Kardashian Dating Life
By Bustle Editors
Get Even More From Bustle — Sign Up For The Newsletter
From hair trends to relationship advice, our daily newsletter has everything you need to sound like a person who’s on TikTok, even if you aren’t.