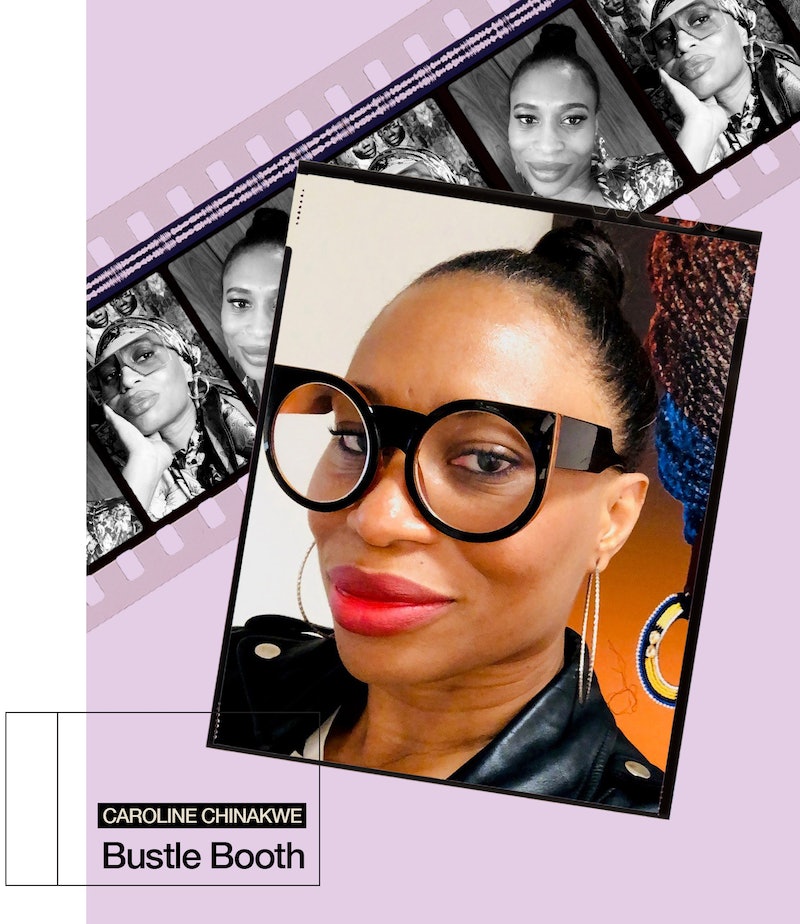 The resurgence of the Black Lives Matter movement last year created a major cultural and political shift. An issue that so many had tried to sweep under the carpet for years could no longer go ignored. For mixed-media artist Caroline Chinakwe the global reckoning surrounding race and police brutality inspired her next collection of work.

“With everything going on in 2020, as a Black person you look at yourself, at your culture, at your race and think ‘What can I do? How can I make a difference?’” Chinakwe tells me over FaceTime. It was this urge to support her community that inspired her to start the collection for her first exhibition exploring the theme of colourism and its impact on the Black community.

“Racism and colourism are very interlinked,” Chinakwe continues. “Ultimately we’re trying to eradicate racism, yet we’re not looking at ourselves [the Black community] and how we contribute to that as well.”

Colourism is a form of discrimination based on skin tone where those with lighter and fairer skin receive preferential treatment than those with darker skin, typically among people of the same ethnic or racial group. The issue’s divisive power within the Black community influenced Chinakwe to create pieces that showed its effects, such as skin bleaching, through the image of a whitewashed woman.

At the end of 2018, the talented mother-of-three left a career as a stylist to go to art school after feeling disillusioned by the way Black models were represented and the lack of representation of black-western culture in fashion and lifestyle. And so was born her lifestyle brand, CHINAKWE, which fused both African and Western influences.

Chinakwe comes from a Nigerian family and grew up around some of the boldest and most colourful fashion, but this influence wasn’t always appreciated in her work as a stylist. “I would come back from Nigeria inspired and with such energy,” says Chinakwe. “I really looked at both my upbringing, my culture and the Nigerian side of being bold and fearless.” Feeling as though her creativity was stifled and not wanting to conform to “the Western idea of creativity”, she turned her energy towards her art pieces.

Get to know Chinakwe with her Bustle Booth questionnaire below.

London because I live here. Edinburgh (why, I don’t know) and Bournemouth because I love going to Sandbanks.

I am the worst when it comes to movie quotes so at the top of my head, the first one that comes mind is “Play it again Sam” from Casablanca.

Any Real Housewives (but New York is my fave).

I don’t have one — however, if I had to pick it would be Rihanna.

“She is so talented.”