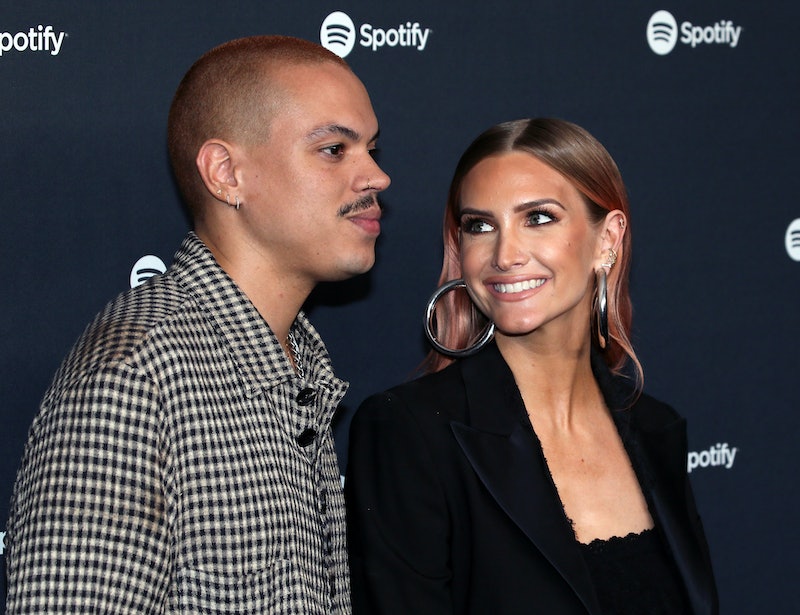 Halloween isn’t the only thing the Simpson-Ross family has to celebrate. Ashlee Simpson and Evan Ross announced the birth of their newborn, Ziggy Blu Ross, on Saturday, Oct. 31. Their son — Ashley’s second and first with Ross — was born two days prior, on Thursday, Oct. 29.

The singer-actor couple is flying high after Ziggy’s arrival. They both shared a photo of their newborn on social media, alongside messages that were positively oozing joy.

“Our sweet boy has arrived!” Simpson wrote. “I’m over the MOON we are so Blessed!”

Ziggy made his social media debut swaddled blankets and wearing a tiny brown beanie. The photo shows him sleeping peacefully with his mouth open as his parents each rest a hand on him. It is clear he’s a well-loved baby already.

Simpson and Ross met years ago through the club scene and were friends for a long time before things turned romatic. When they did start dating, their relationship progressed quickly. They got engaged in January 2014 after less than a year together, and then were married that same year. Ross became the stepdad of Simpson’s son from her previous marriage to Pete Wentz, Bronx, now 11, and then they had daughter Jagger Snow, who is now 5. The famous family also includes Ross’ legendary singer mom, Diana Ross, and his half-sister Tracee Ellis Ross, plus Simpson’s singer-turned-business mogul sister Jessica Simpson.

The couple announced they were expecting a second child together in April, per E! News, and they kept fans updated with many photos and videos. In a July update, Simpson shared she was “loving carry [Ziggy] around,” as People reported. They also let fans watch their gender reveal video, which showed one person who was a little less excited about the changes in their family. That person was Jagger, who had been hoping for a sister, Ross shared in a tweet with the video. Her adorable reaction went from stunned to disappointed to perhaps resigned.

It remains to be seen whether Ziggy has won over his big sister yet, but his parents are definitely happy he’s here.