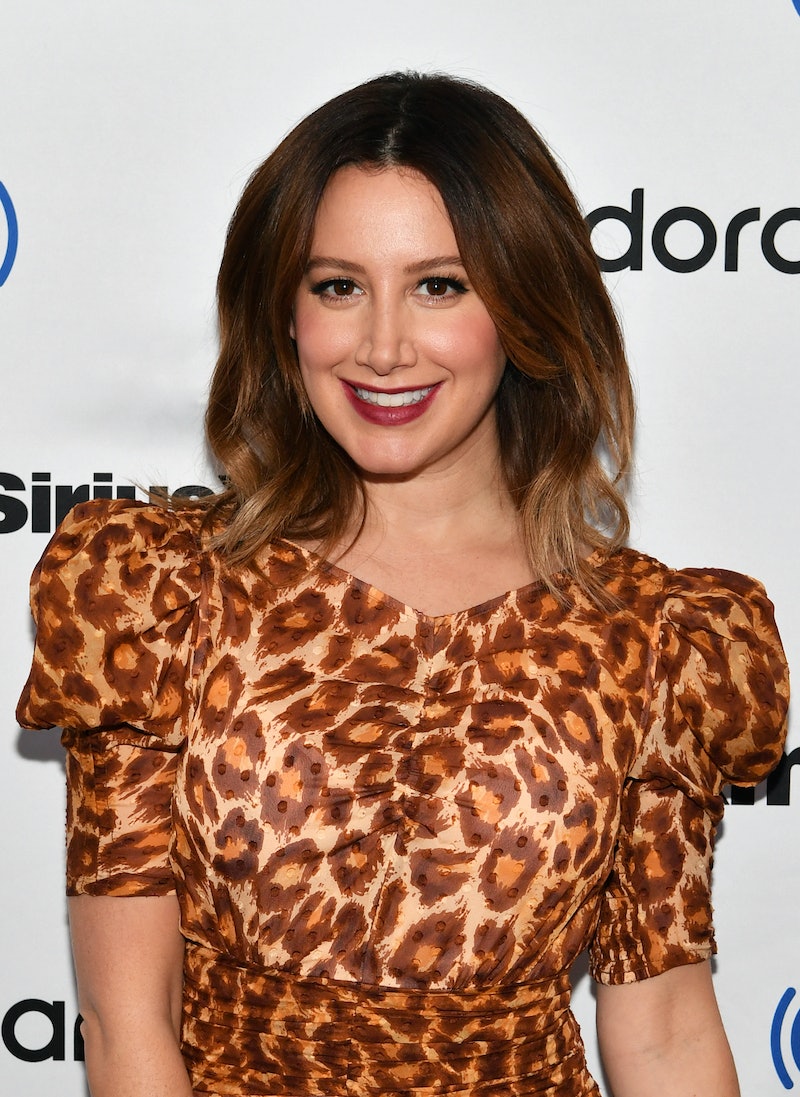 In 2007, Ashley Tisdale was a star in one of the biggest franchises in the world and recording her debut album, but all anyone wanted to talk about was her rhinoplasty. In a personal essay shared on her website, Frenshe, on Jan. 28, Tisdale opened up about her nose job and the "traumatic" scrutiny that followed, explaining that she is still hesitant to talk about it, even 15 years later. "I have to be honest, I wasn’t ready to write or publish this post just yet, however ... [I] felt like this part of my story was taken away from me," Tisdale wrote, explaining she'd recently been asked about the surgery in an interview. "It makes me very emotional to this day."

After living with a deviated septum that made it incredibly difficult for her to breathe out of the right side of her nose, Tisdale decided to undergo rhinoplasty. "At the time, it didn’t feel like THAT big of a deal to me because the decision was based on serious health issues I was having," she explained in her essay. "To be clear, it was not about changing my appearance. After several doctor’s visits about my health issues, they also suggested shaving my 'bump' down. I was young and didn’t put much thought into it, so I decided, why not?"

While she wasn't exactly keeping her rhinoplasty a secret — Tisdale wrote that she always wanted to be "honest and open" about it because of her young fan base — once the press found out about it, she felt like her story was being told without her consent. "Plastic surgery wasn’t culturally accepted then like it is now. When I got it done I was scrutinized, judged, and made to feel ashamed over my decision," Tisdale wrote. "I made a decision that was no one’s business (and is STILL no one’s business) and for that decision, I was constantly made to feel bad about it."

While the press "tried to paint picture of me as someone who didn’t like their appearance" after the nose job, Tisdale explained that she actually wasn't worried about her looks until after the surgery. The actor is still uncomfortable speaking about her decision; when it was brought up in the recent interview, the actor was reminded of her traumatic experience. "It brought up a very dark time in my life," she explained. "Things like having paparazzi break into my home to get the 'first shot', and feeling like I let people down were the first things that came to mind."

But her response pushed Tisdale to finally write about and share her story on her terms, for the first time, especially since she's expecting her first child with husband Christopher French. "At the end of the day, I’m having a daughter, and I hope her choices aren’t met with judgment or shame. It’s taken years for me to process this experience — an experience that I didn’t think was that big of a deal either," Tisdale wrote.

As she's gotten older, the High School Musical star has become much more comfortable opening up about her mental and physical health, and her journey toward self-love and acceptance. In August, Tisdale revealed on Instagram that she had her breast implants removed, due to her suspicions that they were having a negative impact on her health. "Years ago I underwent breast enhancement surgery," she wrote on Instagram at the time. "Prior to the surgery, I constantly felt my body was less than, and thought this change would make me feel more whole and more secure about myself. And for a short period of time … it did."

"But little by little I began struggling with minor health issues that just were not adding up ... that I thought could be caused by my implants. So, last winter I decided to undergo implant removal," she continued. "This journey has been one of growth, self discovery, self acceptance and most importantly self-love. This picture above was taken two months after my explant surgery and I think you can tell just how happy I am to finally be fully me."