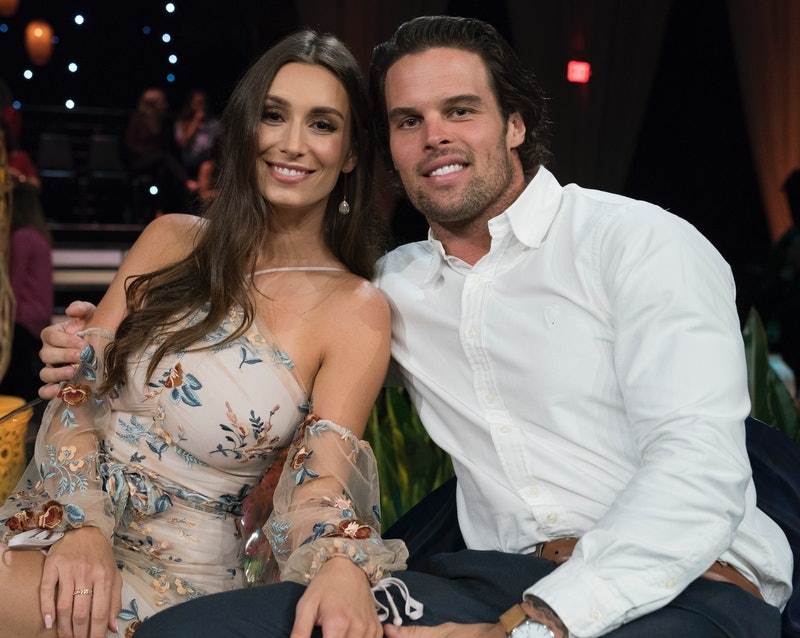 It’s been two years since Bachelor in Paradise stars Astrid Loch and Kevin Wendt first fell in love on the sandy beaches of Mexico, and while they initially had every intention of tying the knot later this year, the couple has been forced to reconsider their wedding plans for the time being. But don’t worry, they are still very much together. In July, Astrid and Kevin announced that they’ve chosen to delay their wedding until next year due to the ongoing coronavirus pandemic.

"We’ve decided to postpone to November 2021 & weirdly enough we’re actually okay with it,” Astrid wrote in an Instagram post. “With everything going on in the world, uncertainty ahead, and so many changes happening in our lives (more on that soon) we realized it was time to take a step back and reevaluate our priorities.” Astrid went on to explain that while she was initially disappointed at the prospect of pushing back their big day, the decision serves as a “great reminder of why we’re getting married in the first place.” She also gave a shout-out to all the 2020 brides who are currently facing the same predicaments they are, joking that “Now you have more time to grow your hair out.”

For his part, Kevin posted an Instagram message of his own, echoing Astrid’s sentiment that it felt like the safe and smart decision to make. “It’s sad but I’m staying positive as we are very lucky people and know it’s a small problem compared to what some people are facing through this crazy year,” he wrote in the caption. “I’ll wait a bit longer to see @astridloch in that beautiful dress. It will be well worth the wait.”

That wasn't the only big wedding-related event the couple had to put on hold thanks to COVID-19. Astrid and Kevin had to cancel their engagement party as well; however, they still found a way to make the day special by having a private celebration with their adorable pup Ace, who was decked out in his finest bowtie for the occasion. "Well the wedding might be off (for now) but that doesn’t mean we can’t have our own #quarantinecelebration," Astrid wrote in a July 28 Instagram post, accompanied by a few family photos.

These two aren’t the only Bachelor couples forced to put their wedding plans on hold. Raven Gates and Adam Gottschalk had to postpone their wedding earlier this year, as did JoJo Fletcher and Jordan Rodgers, though they all seem to be taking the news in stride.

Kevin proposed to Astrid almost a year ago on Aug. 28, 2019, catching the former Bachelor contestant completely by surprise. “I was so clueless,” Astrid told People shortly after the engagement. “And you never get a surprise really by me, ever. I feel like I pay attention to everything, and I had absolutely no clue.”

Kevin added: “I actually forgot what I said. I just remember, it was a no-brainer to marry her. I see her more as my family than any kind of girlfriend, and I just knew I couldn’t ever let her go."

It’s taking them a lot longer to get down that aisle than they initially expected, but their upbeat approach only further demonstrates what a great team they make — and what a great marriage they’ll have, once they can make it official.