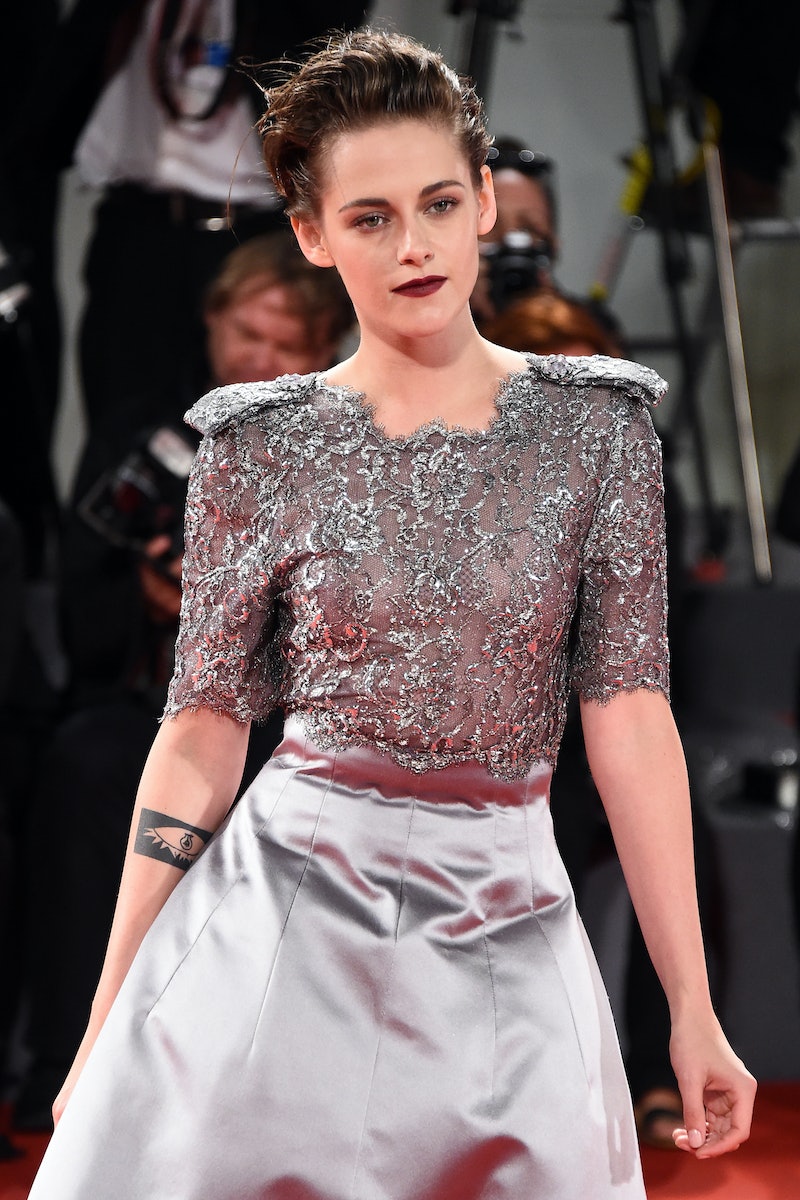 Hulu's new LGBTQ+ rom-com Happiest Season may take place during the most wonderful time of the year, but filming the holiday movie wasn't 100 percent merry and bright. During the Dec. 4 episode of The Late Show with Stephen Colbert, Aubrey Plaza revealed that Kristen Stewart may have had the coronavirus while filming the movie. However, the set didn't shut down — mainly because nobody knew how dangerous COVID-19 was at that time.

Plaza explained that they filmed the movie in February, right before cases began to surge in North America. "It was like that zone where people were starting to talk about coronavirus, but people were laughing about it," she said. "No one understood how serious it was."

Unfortunately, it wasn't long before Stewart and other cast and crew members got sick with what Plaza believed to be coronavirus. "COVID was on our set," she said. "Kristen [Stewart] got sick but we didn't know. A lot of people got sick. I didn't, thank god."

Stewart has not commented on the story herself, but it seems that she and the crew members who got sick have recovered and can now celebrate the film. Happiest Season hit Hulu on Nov. 25 and fans have been lapping it up since, praising the movie for its LGBTQ+ representation. There were some complaints, though; many fans were upset that Plaza's character Riley didn't end up with Stewart's character Abby in the end.

"Look, I wanted it too, OK?" Plaza told Colbert. "I'm not going to lie, I wanted it too, very badly. But I didn't write the thing, and I didn't direct the thing. I just showed up, did my job and got out of there. There are some things you just don't have control over." The actor also said she's "not giving up hope for Riley." "I think she's got a bright future ahead," the Parks and Recreation star added.

Despite the controversy, the woman who did direct the film, Clea DuVall, is standing by her decision to have Abby stay with her closeted girlfriend Harper. "I've spent four years with Harper — I feel like I understand her, and I love her so much," DuVall told Entertainment Weekly on Dec. 2. "And I think she's worth it. I want what's best for all the characters in the movie. And I think the message that you can mess up, and that you can do the work and get better is really important."

Bustle has reached out to Stewart's reps and we will update this story if we hear back.