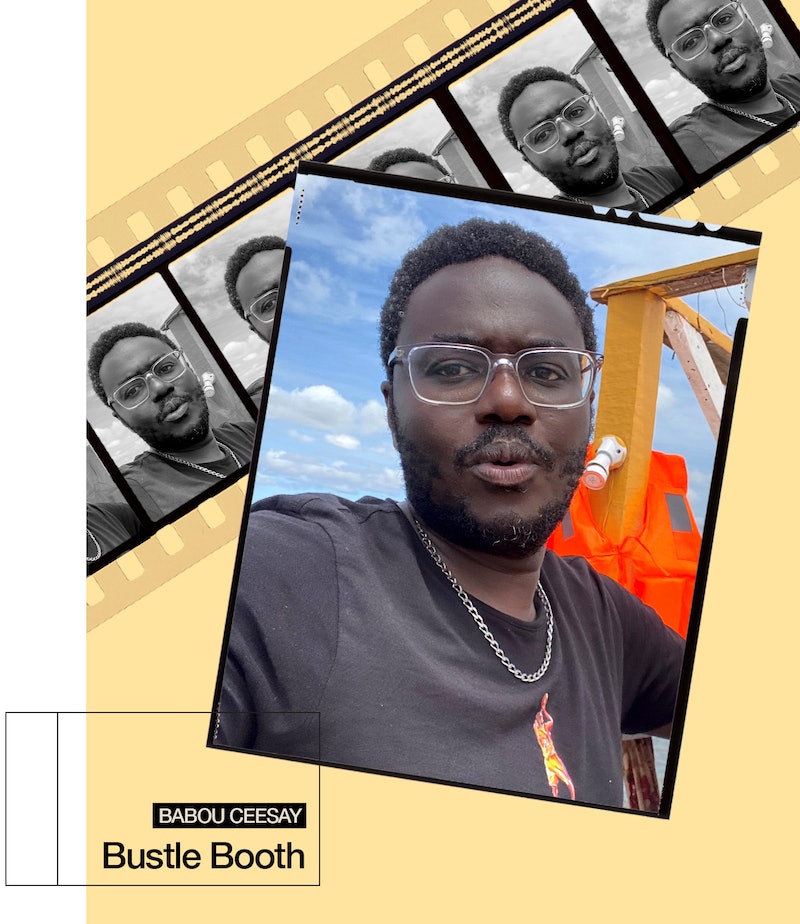 Acting wasn’t always on the cards for Babou Ceesay. Hard to believe, I know, given the British star is best known for his performances in Jack Thorne’s National Treasure, crime thriller We Hunt Together, blockbuster Rogue One, and the 2016 BAFTA-nominated Damilola, Our Loved Boy.

“As a kid, everybody assumed I’d be a doctor, mainly because I love science,” he tells me over Zoom from his native Gambia. “And I’m a science geek to this day.” Ceesay studied microbiology at Imperial College London and, like his father before him, embarked on a career in accounting.

The switch began with a 2003 phone call with his cousin, who mentioned that his girlfriend's sister was going to drama school. “When I heard those words it was like a lightning bolt,” he recalls. “A part of me always wanted to be an actor.”

“He's got a really big heart,” says Ceesay of the titular character. “He understands that forensics is more than just about solving crimes. With every case he solves, he manages to restore the balance between relationships.”

Despite the safety restrictions put in place by the pandemic, Ceesay describes the filming process as a joyous one. A particular highlight, he says, was the explosion of a prosthetic body. “They filled it with gunk and real maggots, and when it exploded some of the gunk flew into Naomi [Yang's] mouth. I felt sorry for her, but we rolled on the floor laughing.”

Reflecting on his previous work, he names the 2017 drama Guerrilla, in which he starred opposite Idris Elba, as one of his favourite projects to date. “Playing Sir Richard Taylor in Damilola, Our Loved Boy will also always be special to me. As an African that also migrated to the UK, I can identify with some of the challenges his family faced.”

As for the future, Ceesay dreams of being at the forefront of African cinema. “Despite some limitations, Nigerians will always push forward with cinema. I love that about them, and I want to be a part of that conversation,” he tells me.

With a profound appreciation of Bollywood dating back to his childhood in Africa, Ceesay also has dreams of one day remaking the 1975 Indian action-adventure flick Sholay. “It’s a classic. It’s phenomenal. In an ideal world, I'd love to make my own version of Sholay, perhaps set in Africa or America. Maybe one day, we'll see.”

Banjul (The Gambia), Manchester, and London.

The Terminator’s “I’ll be back.”

What was your fave cartoon as a kid?

The Looney Tunes. Foghorn Leghorn cracked me up.

Startup on Netflix with Martin Freeman. It is blowing my mind! Can’t recommend it enough.

I wanna say The Rock, but I need to give a shout out to Daniel Day Lewis.

They rarely cater for my sing along songs which is mainly Afrobeat or Reggae. So I go for a Ray Charles joint.

The less they say about me the better. They can tell me something about themselves!