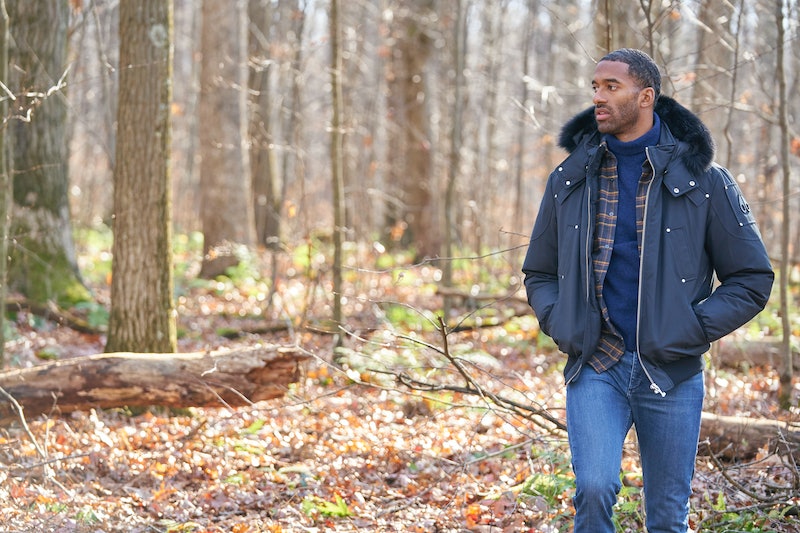 Over the last nine weeks, Bachelor viewers have grown to know and love Matt James’ mother Patty Cuculo. His estranged dad, on the other hand, has remained somewhat of a mystery — until now.

In the March 8 episode, Matt and his father Manny James will share an emotional conversation about their relationship — or rather, lack thereof. “When I needed you, you weren’t there,” Matt tells his dad. Manny responds: “Do you know what I went through with your mom?” and later adds, “Nobody’s perfect.”

Matt’s parents divorced when he was very young after Manny was unfaithful. As a result, Patty told ABC news in 2019 that Matt “was always drawn to families where the mom and dad were together” growing up. The divorce has continued to impact Matt’s love life today, as he explained in a January interview on The Tamron Hall show. “I saw what infidelity looked like at a young age,” he said. “[It’s] such a selfish thing to happen. For it to take place when you’ve made that commitment to somebody — and knowing how serious I take that commitment — is why I want to make sure that I’m going about [The Bachelor] process as seamless[ly] and focused as I can so I’m not putting someone in the situation to get hurt.”

Heading into his Bachelor season, Matt said he was looking for a partner just like his mom: someone who "is trustworthy, someone who is themselves, [and] someone who's caring, honest, [and] compassionate," he told Good Morning America in January. "Everything that [my mom] sacrificed for myself and my brother to be in the position that we're at, I want to be that for somebody else. And the way that she loved myself and John is how I want to love somebody and how I want to be loved."

It’s unclear if Matt found that on the show, but Patty is apparently hoping for a whole "basketball team" of grandkids in the future. "I think that the grandkid counter for my mom started when the [Bachelor] announcement was made," Matt said on The Bachelor: Greatest Seasons Ever!. "I'll have a minivan, that's the max."