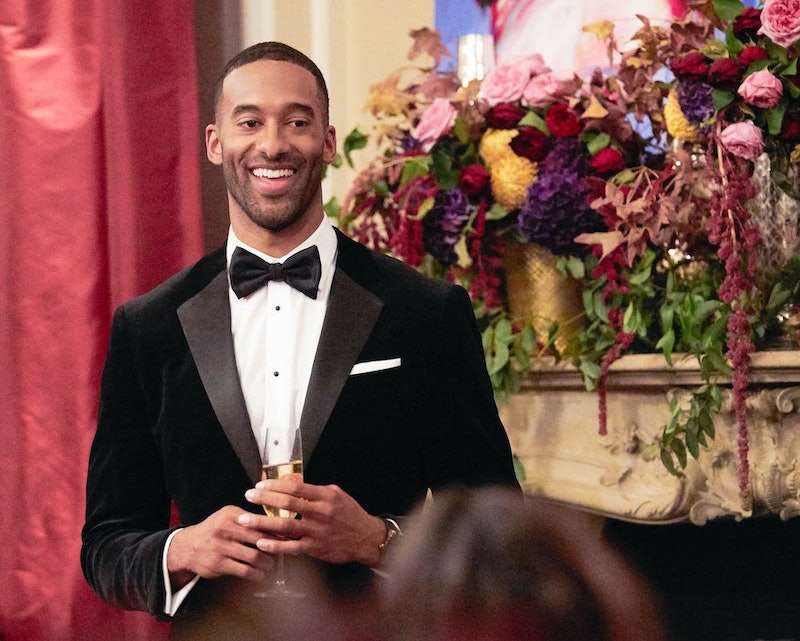 The journey to find love has not always been easy for The Bachelor's Matt James. On Wednesday, Jan. 27, the commercial real estate broker spoke candidly about how his parents' divorce affected his love life during an appearance on the Tamron Hall Show. And according to him, a lot of that baggage will be unpacked throughout his season.

"There [are] very tough conversations that I have with individuals that allude to where I'm at in my life and why it's been so difficult for me to be in a relationship," he explained. "A lot of that stems from my dad and my mom's relationship. I saw what infidelity looked like at a young age [and] I saw family members that were against the relationship and doubling down on it after seeing the infidelity."

Matt has addressed his parents on previous episodes of The Bachelor, revealing that his mother, Patty James, raised him and his brother John as a single parent. He added that he didn't have much of a relationship with his father, who was absent throughout his childhood. In an interview with Good Morning America earlier this month, Matt said he wanted to find a partner just like his mother. "Everything that she sacrificed for myself and my brother to be in the position that we're at, I want to be that for somebody else," he said. "And the way that she loved myself and John is how I want to love somebody and how I want to be loved."

In the premiere, Matt opened up to Bachelor host Chris Harrison about the difficulties of growing up biracial and the pressures of choosing a wife. "People want you to end up with a certain type of person," he explained. "My mom is white and my dad is Black, and I experienced what it was like to be a product of interracial marriage." Matt added, "It's tough because you've got people who have certain views, old school views, on what a relationship and what love looks like."