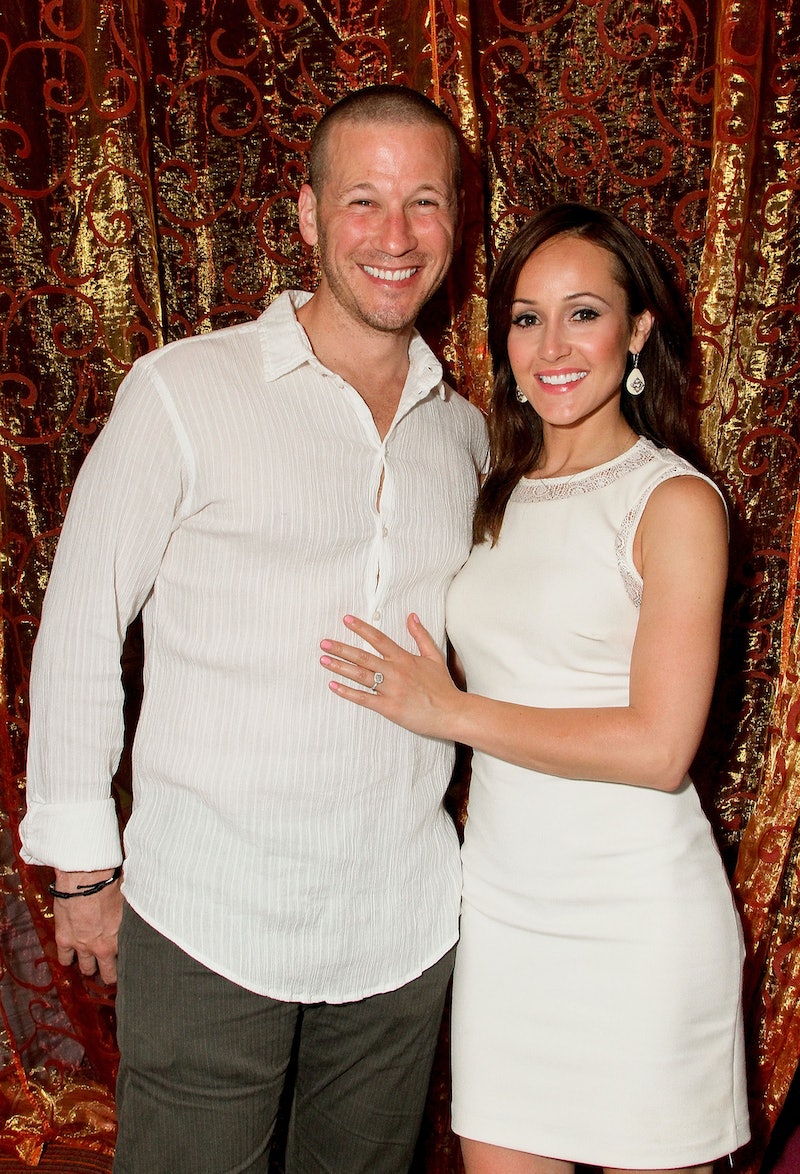 One of Bachelor Nation's most beloved couples has decided to call it quits. On Oct. 14, Bachelorette alums Ashley Herbert and J.P. Rosenbaum announced their separation after eight years of marriage with posts on their respective Instagram accounts. Now it seems that the couple is officially headed for divorce. The couple — who met on the 2011 season of The Bachelorette and tied the knot in a televised ceremony in 2012 — have two children together: 6-year-old Fordham and 4-year-old Essex.

"It is with a heavy heart that I share with you that after months of separation, Ashley and I have amicably decided to live our lives apart from one another," J.P. wrote on Instagram in October, explaining that he had "written and rewritten this post dozens of times" before sharing the news. "While I realize that this will come as a complete shock to everyone, I can assure you that this is something that has been developing in our relationship for quite a while," the TV personality explained, before adding that "there is no one to blame" for the split and that they tried "absolutely everything we possibly can to try to salvage this marriage."

J.P. continued, "I think we’ve both come to realize that we are just two very different people, with very different personalities and perspectives, who just don’t see eye to eye on a lot of life fundamentals, those which are the building blocks for a happy and healthy marriage." Though he didn't go into detail about what those differences were, J.P. explained that they "have taken a toll on our relationship and after years of attempting to repair the damage, we’ve decided that it is in our family’s best interest live our lives apart."

Despite the split, J.P. stated that his and Ashley's main concern is "to co-parent our kids to the best of our ability and to maintain stable and healthy lives for Fordy & Essie" and asked for privacy as the family attempts to find their new normal. "From the bottom of my heart, thank you for all your love and support throughout the years," he concluded his post, adding that "it has really meant a lot to us." Ashley shared a similar post on her Instagram, reiterating that the pair's differences had become too much and shared their desire to amicably co-parent.

Months after their initial announcement, the separated couple is officially headed for divorce. According to Us Weekly, J.P. initiated the proceedings and filed for divorce on Jul. 28 in Miami-Dade County, Florida. This isn’t completely surprising as the reality star has been open about wanting to “start the next chapter.” Early this year, J.P. revealed in an interview with E! that he wanted to date “organically, hopefully,” adding, “Dating as a soon-to-be 44-year-old father of two in a global pandemic, what does that even look like?" He continued, “I do feel like I'm a little bit stuck, and I want to turn the page. I'm just not sure how to do that."

Since meeting on the show in 2011, the couple has shared their ups and downs with fans. In December 2019, J.P. was diagnosed with Guillain-Barré Syndrome, an autoimmune disorder that can cause everything from weakness in the limbs to paralysis and lung failure. "Things you do every day, like picking up this phone, or buttoning buttons, tying shoelaces, putting on deodorant, just can't do it," Rosenbaum said on Instagram at the time. "Picking up my kids, can't do it. Wiping your ass, maybe TMI, but might have Ashley assist on the next one."

Around the same time, Ashley thanked fans for their love and support on her Instagram Story, explaining that J.P. was receiving treatment and would hopefully be able to rebuild his strength soon. "He is in treatment and doing well," she wrote, per E! News. "It may be a long road to full recovery, but we are so grateful to everyone that has helped us get to a speedy diagnosis and treatment."

In June 2020, the pair reflected on their "fairy tale" relationship during an appearance on The Bachelor: The Greatest Seasons — Ever! "Our first one-on-one, it was our typical date we'd have at home in our pajamas," J.P. told host Chris Harrison about realizing he had a connection with Ashley. "I think that night, I was like, 'What just happened?' I knew there was something [there]."

Sadly, it’s evident the couple’s time together has come to an end, but it’s clear they’re focused on maintaining the happiness of their family.