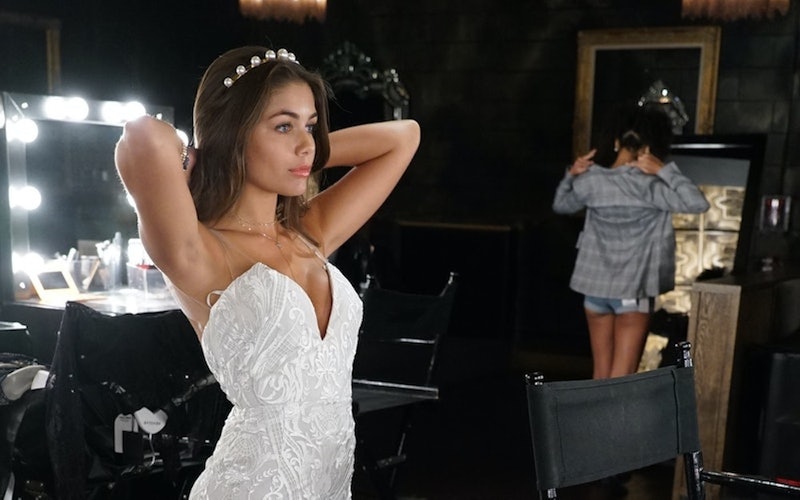 Romantic relationships may come and go, but friendships can last a lifetime. Such is the case for The Bachelor's Hannah Ann Sluss and Madison Prewett, who reunited this week for a fun girls' night in Los Angeles. Things may not have worked out with Peter Weber for either one of them, but they still managed to find a special connection on the reality dating series.

"Date night! Guess who I'm with?" Hannah said in a post on her Instagram Stories before panning the camera to Madison. They started the evening off with a picnic overlooking the ocean, which later morphed into a "baking night" where they made some delicious snacks, including cookies, cinnamon bread and Twix bars. For her part, Madison also got in on the social media fun by posting a series of images of the two of them hanging out and having a blast. "On a date.. kinda nervous," she captioned the photos. Hannah Ann proceeded to comment on the post, writing, "such a special night!"

Peter may have been the one to initially bring these two together, but as the videos and pictures clearly indicate, the pilot was the furthest thing from their minds during their little hangout session. They may be ready to move on with their lives post-Bachelor, but as you can see, this friendship is for keeps.

This isn't the first time these Bachelor alums have made their relationship known to the public. While appearing on The Viall Files in March, Hannah mentioned that Madison had reached out to her after breaking things off with Peter and that they have made plans to get together the next time Madison was in town. "We were really good friends on the show," Hannah revealed at the time, "really good friends actually."

The two of them have also supported each other on Instagram by writing positive comments to one another on various posts. So while they may have initially been fighting for the love of the same man, in the end it wasn't enough to quash their friendship or put any bad blood between them.

It may not have been the way either of them thought their journey on The Bachelor would go, but we'll take this friendship over a final rose any day.