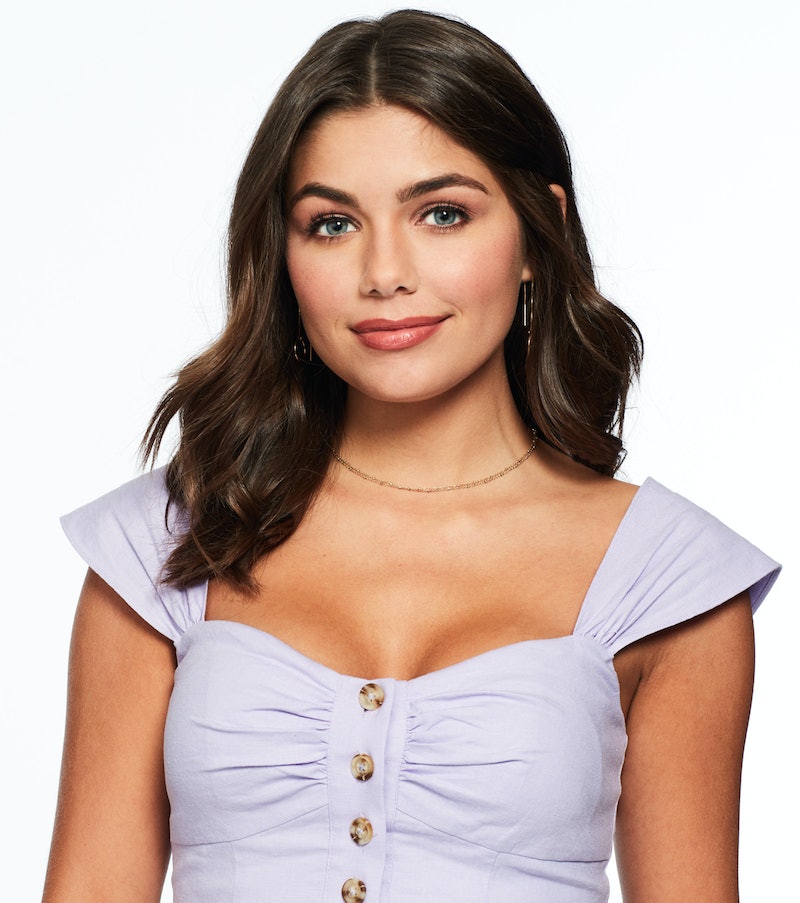 Peter Weber had been torn between his feelings for Madison Prewett and Hannah Ann Sluss right up to and during his Bachelor finale. But that doesn't mean there's any bad blood between Peter's final two women. Despite their nationally televised chaotic relationships with the same man, Madi and Hannah Ann are supporting each other on Instagram. In an Instagram post on Monday, March 16, Madison acknowledged her blink-and-you-miss-it reconciliation with Peter to mark the one week anniversary of The Bachelor finale and Hannah Ann's response proved these women can be pals post-Peter.

Only seven days have passed since the live finale of Peter Weber's Bachelor season and already a lot has changed in the world — from Bachelor couples to coronavirus. Though Madi broke up with Peter in Australia, Chris Harrison orchestrated a meeting between them following the taping of The Bachelor. During the After the Final Rose live segment on Tuesday, Madi and Peter revealed they loved each other and would try to pursue a relationship. But just a few days later, they announced they were going their separate ways. In recognition of this rollercoaster of a week, Madi showed she's still smiling with a photo. "Well this Monday is a little different," Madi captioned an image of herself with her armed raised and looking happy. "Also hope everyone is staying safe."

Madi has received a ton of love in the comments of this post, particularly from Bachelor alums. Her fellow contestants from Peter's season, like Lexi, Mykenna, Tammy, Natasha, Sarah, Jade, and Savannah, plus Raven Gates from Nick Viall's season and Heather Martin from Colton Underwood's season all showed their support. But it was Hannah Ann's comment that might make Bachelor Nation believe in (platonic) love again. Hannah Ann simply wrote, "Cutie," with the heart and face blowing kiss emojis, but it has racked up thousands of likes. And Madi replied with three face blowing kiss emojis.

Their exchange was simple, but their love-filled emojis are meaningful after what they've been through with Peter. Though Peter had proposed to Hannah Ann, it was only after Madi had left — something Peter neglected to tell Hannah Ann. And his inability to fully commit to Hannah Ann was the main reason she ended their engagement.

While The Bachelor is a bizarre dating scenario, Hannah Ann feeling some resentment toward the "other woman" wouldn't be out of the question. But her comment highlights that she doesn't resent Madi for Peter's indecision and actions. Even before Madi and Peter had broken up, Hannah Ann was focusing on the mistakes Peter had made in their relationship. During an appearance on The Ellen DeGeneres Show, when guest host Sean Hayes asked Hannah Ann if she thought Madi and Peter would last, she replied, "Well, it didn't last with me, but if he can follow through with his decision, then I wish them the best. I'm staying out of it though."

Madi, meanwhile, seems to be on the right track of getting over him with game nights with Selena Gomez certainly helping to distract her from the heartbreak. Maybe Madi's next hangout (post-coronavirus quarantine) can be with Hannah Ann, since these women have a lot to gossip about and Bachelor Nation would be grateful for the continued display of women supporting women following this tense Bachelor season.