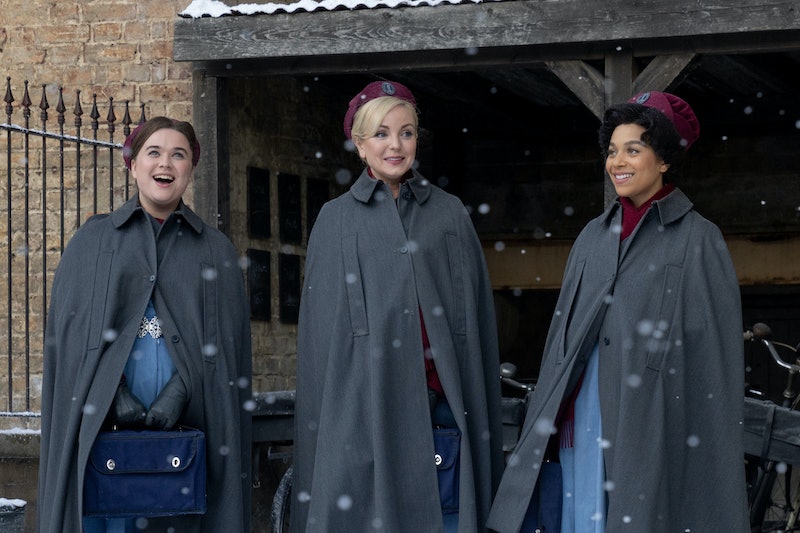 When it comes to the annual festive TV schedule, BBC’s Call The Midwife has become quite the Christmas staple. This year, fans have again been gifted a seasonal special of the beloved drama, which will likely leave viewers wanting more. Thankfully, the series has already been renewed for at least two more outings, with Seasons 12 and 13 set to air in 2023 and 2024, respectively. But, will there be a Call The Midwife series 14?

As it stands, the BBC are yet to confirm a Season 14, and it appears the cast of Call The Midwife are also unsure of the show’s future. “We haven’t heard anything,” actor Laura Main (aka Sister Shelagh Turner) revealed to the Express ahead of the show’s 2022 Christmas special. “Maybe there will be an announcement when Series 12 starts airing in the new year.”

“Let’s hope there’s going to be more of it. I’m loving it and proud of it,” Main added. “It still feels exciting to be part of Call the Midwife, and you still feel the excitement from the audience, too.”

Elsewhere, speaking to Radio Times in Aug. 2022, series creator Heidi Thomas revealed that, although she doesn’t know “what plans the BBC has,” the drama “could keep on going” beyond Season 13.

“I think in principle, it could go into the 1970s,” Thomas explained. “There are so many stories to tell, medically, socially, even emotionally, and I think we could keep on going. The proviso I would give is that at the moment we’re only commissioned for series 12, which we’re halfway through filming, and series 13, which we will make next year.”

As viewers await further updates regarding a potential Call The Midwife Season 14, fans have the much-anticipated 2022 Christmas special to enjoy in the meantime. The super-sized festive special will air on Sunday, Dec. 25 on BBC One and BBC iPlayer, and will see the residents of Poplar attempt to return to normal following a devastating train crash.

More like this
Everything To Know About The 'Daisy Jones & The Six' TV Series
By Maxine Harrison and Brad Witter
'Magpie Murders' S2 Will Include A *Major* Shake-Up
By Sophie McEvoy
The Song At The End Of 'The Last Of Us' Ep 1 Has A Deeper Meaning
By Sophie McEvoy
Yes, 'The Price Of Glee' Is Available To Watch In The UK
By Catharina Cheung
Get The Very Best Of Bustle/UK
Sign up for Bustle UK's twice-weekly newsletter, featuring the latest must-watch TV, moving personal stories, and expert advice on the hottest viral buys.