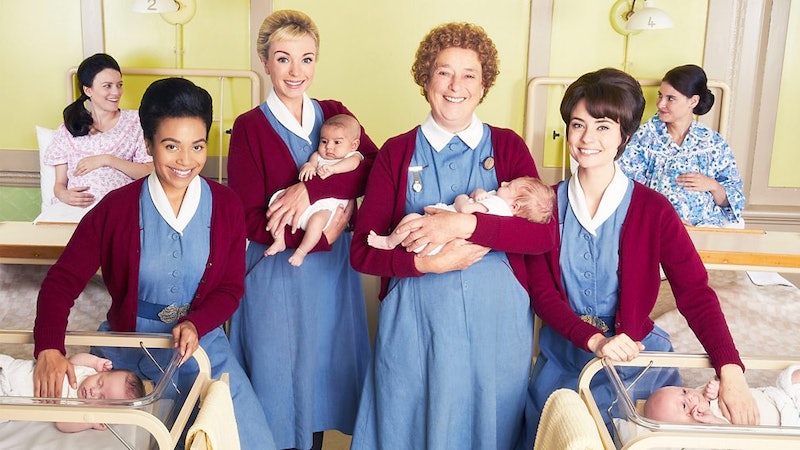 Birmingham-born actor Helen George may be best known for playing Trixie Franklin on Call The Midwife, but her first love has always been musical theatre. Back in 2013, she revealed that seeing a production of Les Misérables aged 15 was the moment that kickstarted her love of acting, and the star later went on to study musical theatre. Now, meanwhile, she’s confirmed that she’ll be returning to the stage early next year for a touring production of The King And I.

The Rodgers and Hammerstein musical is set in 1860s Bangkok, and follows a widowed British school teacher called Anna Leonowens, who becomes governess to the king of Thailand’s children. Tony-award winning theatre director Bartlett Sher will lead the new production of the play, which will tour around the UK in early 2023.

After kicking off in Canterbury on February 4, the touring musical will visit Wimbledon, Liverpool, Birmingham, Llandudno, High Wycombe, Bristol, Dartford, Bradford, Southend, Cardiff, Glasgow, and Dublin along the way, with further locations to follow. Though further casting announcements are also on the way, George has now been confirmed to play Anna.

"Theatre is my first love, and I am so excited to be returning to the stage for this beautiful, majestic production of The King And I," George says in a statement. "I was blown away when I saw Bartlett Sher's staging of this wonderful show, so I can't wait to work with him and the rest of the creative team to bring this timeless story back to the stage next year.”

Earlier this year, Call the Midwife was renewed for its 13th season, with creator Heidi Thomas also revealing to Radio Times that the period drama "could keep on going" beyond that point. "I think in principle, it could go into the 1970s," she said, pointing out that “the order of nuns on whom the Nonnatus nuns are based stay in the East End until 1976.” The upcoming 12th season is set in 1968, shortly after the legalisation of abortion, and during a pivotal time for women’s rights.

In keeping with tradition, the first episode of Season 12 will air on Christmas Day this year, with the rest of the series to follow throughout early 2023. Production on Season 13 will then begin at some point “next year" according to Thomas. It remains to be seen whether George will need to take a break from filming commitments on account of her touring schedule with the musical. In a recent Instagram story, meanwhile, George seemed to hint that she’ll be back on the Call The Midwife set next year. "Trixie over and out for another year," she wrote.

Bustle has reached out to the BBC for comment.

More like this
Turns Out George Clooney Is A Huge Fan Of This Classic British Game Show
By El Hunt
Con O'Neill Was Connected With Sarah Lancashire Long Before 'Happy Valley'
By El Hunt
'Bridgerton' S3 Will Show A *Very* Different Side To Kanthony
By Sam Ramsden
Twitter Is Burning As Phoebe Dynevor Reveals Daphne’s 'Bridgerton' Exit
By Sophie McEvoy
Get The Very Best Of Bustle/UK
Sign up for Bustle UK's twice-weekly newsletter, featuring the latest must-watch TV, moving personal stories, and expert advice on the hottest viral buys.