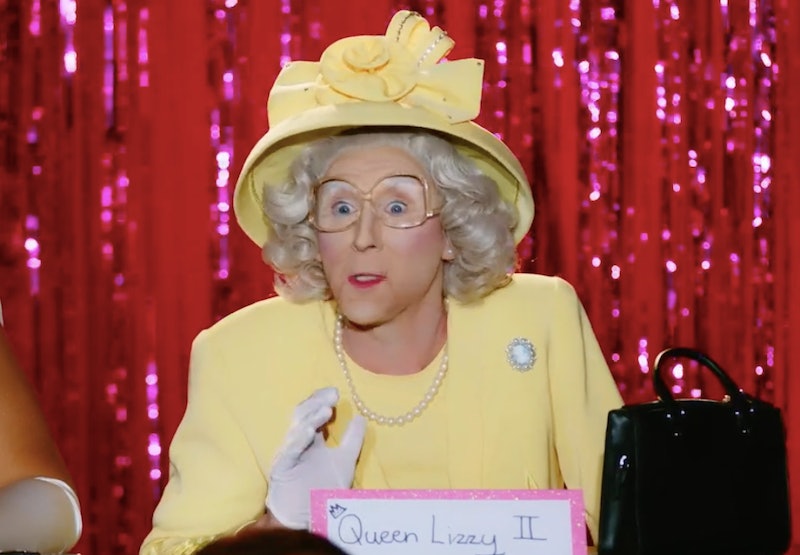 Ru Paul’s Drag Race Down Under, the latest spin-off series from the franchise, is currently being streamed on BBC iPlayer, with the ever-popular Snatch Game episode airing on May 9. However, it’s since been revealed that the BBC decided to cut a joke made by one of the queens about Prince Andrew.

Snatch Game is a hallmark in the Drag Race universe, and sees the show’s contestants impersonate famous people. The aim is to make the guest judges and Ru Paul laugh with risqué, off-the-cuff remarks.

In this episode, drag performer Anita Wigl’it adopted the persona of Queen Elizabeth II and, during a riff with fellow Queen Etcetera Etcetera (who was controversially portraying Lindy Chamberlain), said, “I wish a dingo would have taken my baby, then I wouldn’t have anything to do with Prince Andrew anymore.”

However, the comment, presumably made in reference to Prince Andrew’s much-publicised links to the disgraced Jeffrey Epstein, was chopped before it was streamed to viewers in the UK.

A BBC spokesperson confirmed to the Guardian that the cut had happened. “The BBC occasionally makes edits to acquired programmes in accordance with UK audience expectations,” they stated, but did not add any further explanation.

Unusually, while the BBC decided to cut the “dingo” comment, they left into another jab against the prince when Anita said, “When somebody turns 100, I write them a letter. And when somebody turns 16, Prince Andrew writes them a text.”

The decision to cut the dingo gag has fuelled an ongoing conversation about the relationship between the BBC and the royal family. After the death of Prince Philip, the broadcaster received 109,741 complaints about its coverage.

On Twitter, viewers were not happy about the cut. “Just FYI for any drag race down under fans, you might want to try and watch it on something other than BBC because they are censoring it and the uncut version of snatch game was amazing! #DragRaceDownUnder#DragRace” one wrote.

“As if the BBC edited out a Prince Andrew joke from Drag Race down under,” wrote another.

More like this
Helena Bonham Carter Doesn't Think 'The Crown' “Should Carry On"
By Sam Ramsden
Barney Walsh Has Been Linked With This Famous Miss World Winner
By Sophie McEvoy
Joey Essex Is Rumoured To Be Dating A 'Love Island' Favourite
By Sam Ramsden
'Love Island' Has Added Yet Another Bombshell To The Villa
By Bustle UK
Get The Very Best Of Bustle/UK
Sign up for Bustle UK's twice-weekly newsletter, featuring the latest must-watch TV, moving personal stories, and expert advice on the hottest viral buys.