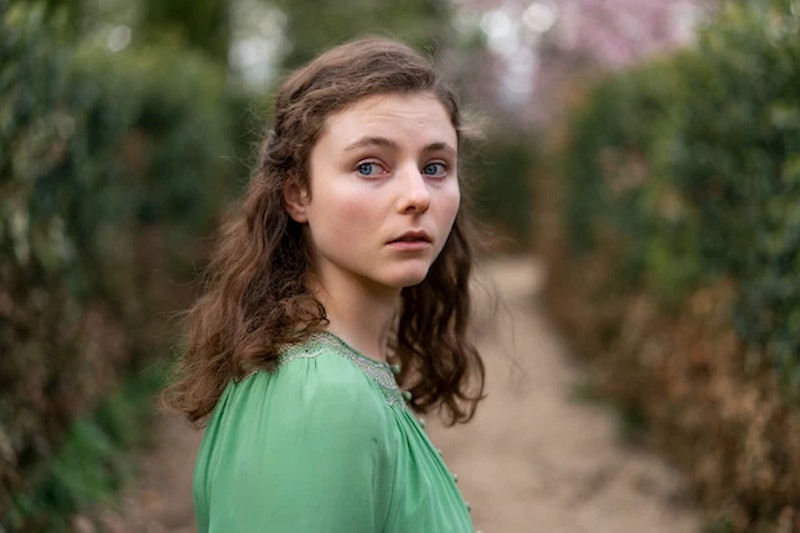 Based on the Kate Atkinson novel of the same name, BBC’s Life After Life traverses the idea of life after death through its main character, Ursula, who continuously dies and is reborn. Here’s everything you need to know about Life After Life, which premieres on BBC Two on April 19 at 9pm.

Life After Life follows Ursula Todd as she is given infinite chances at her turn around the sun. Viewers will travel through lifetimes with Ursula, one reincarnation even involves an encounter with Hitler. But as she goes along, the question remains: What is the purpose of continuously dying and being reborn?

While it’s yet to be seen how close the adaptation is to the book, the series has been penned by the acclaimed Bathsheba ‘Bash’ Doran, who has also written episodes for Boardwalk Empire, Masters of Sex, and The Looming Tower — all of which are based on books.

Last Night In Soho’s Thomasin McKenzie leads the cast as Ursula Todd. She told the BBC she was drawn to the role as the story made her “laugh, cry, clench [her] fists in anger, and whoop with empowerment.” McKenzie also added: “Bash has done a stunning job at adapting Kate Atkinson’s masterpiece.”

Interestingly, this isn’t the first time a Kate Atkinson book has been adapted for the small screen. It’s worth catching up on Case Histories starring Jason Isaacs, which is based on Atkinson’s fan-favourite Jackson Brodie novels.

More like this
Everything To Know About The 'Daisy Jones & The Six' TV Series
By Maxine Harrison and Brad Witter
Twitter Is Burning As Phoebe Dynevor Reveals Daphne’s 'Bridgerton' Exit
By Sophie McEvoy
'Happy Valley' Recreated This Moment From S1 In Its Penultimate Episode
By Sophie McEvoy
'The Last Of Us' Has Officially Been Renewed For Season 2
By Darshita Goyal
Get The Very Best Of Bustle/UK
Sign up for Bustle UK's twice-weekly newsletter, featuring the latest must-watch TV, moving personal stories, and expert advice on the hottest viral buys.