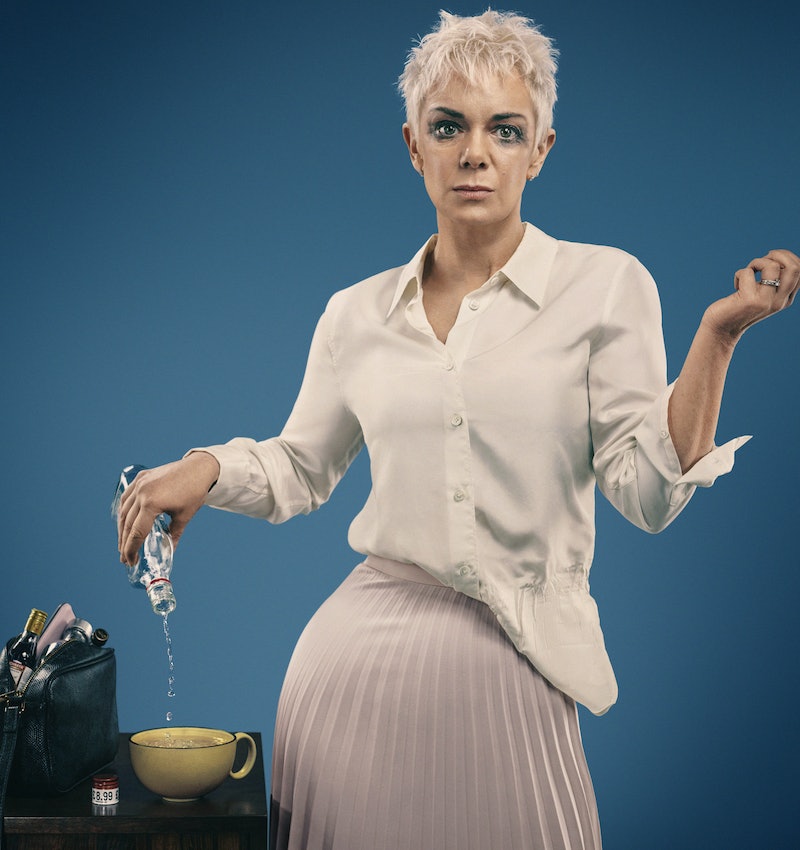 Doctor Foster may not be returning for a third series anytime soon, but the story of one particular character is far from over. In a spin-off series titled Life, the focus is now on Gemma Foster's neighbour Anna (played by Victoria Hamilton) as she navigates her new life in Manchester following the affair of her now ex-husband Neil. So when does BBC One's Doctor Foster spin-off start?

Due to air sometime this autumn, a BBC rep tells Bustle UK, the six-part series follows the lives of four people as they co-exist in the same block of flats. Instead of directly continuing the dramatic events of Doctor Foster's second series, Life will see Anna/Belle as she deals with the "unexpected arrival of her chaotic 15-year-old niece Maya (Erin Kellyman)." As writer Mike Bartlett noted per Radio Times, Doctor Foster was only the start of Anna's story "rather than the end." Nick (Adam James) will also make an appearance later in the series.

"It might share a universe with Doctor Foster but Life is a whole world of its own," he explained. Sadly this means that Suranne Jones and Jodie Comer won't be making an appearance as Gemma and Kate, a BBC spokesperson told Good Housekeeping. But with a cast that includes Alison Steadman, Peter Davidson, Adrian Lester, and Rachael Stirling, Life is set to continue the emotional drama that Doctor Foster provided.

Exploring the characters experiences in "love, loss, birth, death, the ordinary, the extraordinary and everything in between" each of the four stories in Life will intertwine to tell "a larger story about what happens when we step out of our personal space and take a closer look into other people's lives," the BBC said of the show.