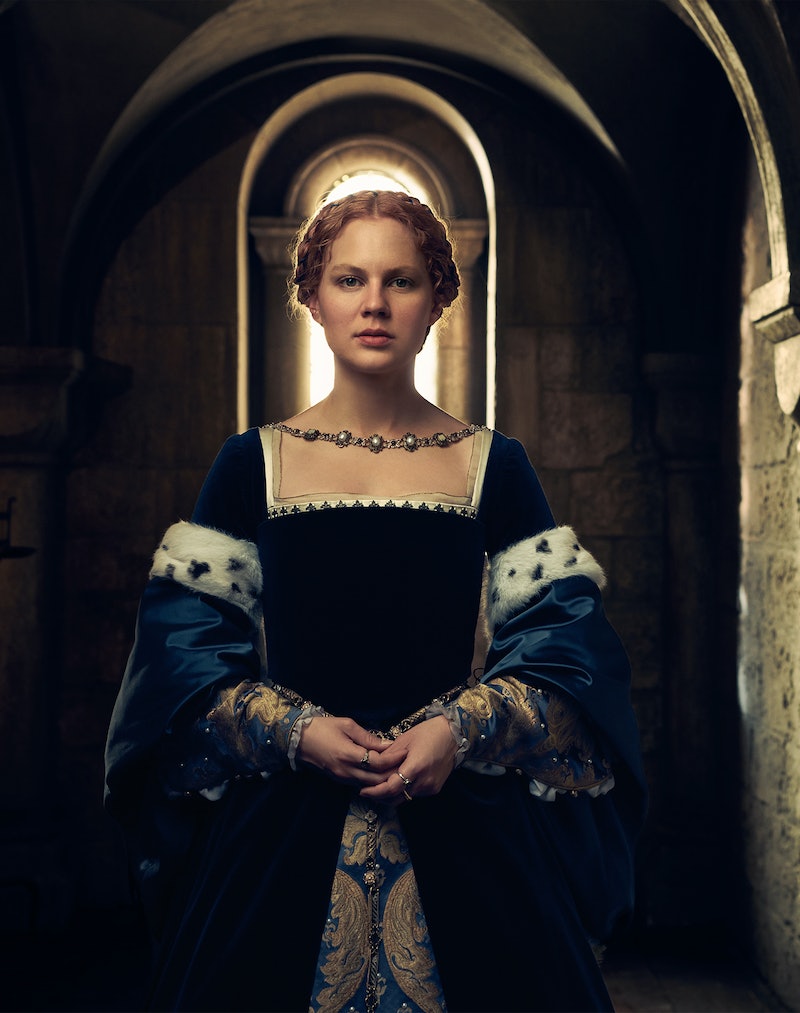 Are you missing royal content? Well, fear not, your drought is about to end. On June 12, Starz is set to premiere Becoming Elizabeth, which chronicles the life of Elizabeth Tudor (Alicia von Rittberg), also known as Queen Elizabeth I, as she becomes ensnared in the political and sexual intrigue of the English court on her way to the crown. The series promises to delve into Elizabeth’s life in a coming-of-age style narrative, while also exploring the depths and gender roles that permeate the monarchy, as well as those who dare to break them. As is often the case with lavish period pieces, the production design is just as important as the story, which is why it’s time to talk about where Becoming Elizabeth was filmed.

Perhaps the most frequently used location was Bottle Yard Studios, a massive backlot studio located in Bristol. The space boasts several warehouses, tank houses, sound stages, and fully equipped green screen stages. The studio itself posted some praise it received from the Becoming Elizabeth crew ahead of the show’s premiere: “The Bottle Yard Studios was the perfect base for Becoming Elizabeth,” said producer Lisa Osborne. Additionally, the show’s production designer, Stevie Herbert, stated that while most of the show’s exteriors were shot on location, interior shots for Haddon Hall, Wells Cathedral, Whitehall Palace, and Chelsea Palace were all filmed at Bottle Yard.

According to Bristol Post, the production has also been using the Bristol Cathedral as an exterior filming location, given its significance to Henry VIII, Elizabeth’s father. The construction of the cathedral took nearly 660 years to complete. Henry VIII was actually one to raise the building’s status to that of a cathedral in 1542, and a stained glass image of the former royal currently hangs within the walls of the structure.

The Wells Cathedral in Somerset was a major location for the production crew, as were Somerset’s Bishop’s Palace and Barrington Court. It’s yet unclear what exactly the production team used the 1239-built cathedral for specifically, aside from exterior work. Within eyesight of the Cathedral is the Bishop’s Palace and Gardens, otherwise known as “The Heart of Wells.” For upward of 800 years, the location has been home to bishops of the Diocese of Bath and Wells. Additionally, exterior shots were captured at Barrington Court, which served as a Tudor manor house upon its completion in the 1550s.

Home to a region of the Cotswolds, Gloucestershire provided several filming locations for Becoming Elizabeth, specifically Holy Cross Church in Avening and Berkeley Castle. While the church isn’t as tied to Elizabeth I’s legacy, Berkeley Castle very much is. Elizabeth I was known to stay at the castle periodically, and the suite she would frequent still proudly bears her name. What’s more, the sheets that Elizabeth I used during her stays are still on display within the castle walls. While much of the castle’s interior remains intact, the exterior of the castle was damaged in the English Civil War of 1642.

At nearly 2000 years old, Cardiff Castle remains one of the most iconic structures in Wales. When production took over the estate, Wales Online reported that the exterior of the castle was being “transformed.” Given all the palace intrigue that’s bound to occur in Becoming Elizabeth, Cardiff Castle could realistically stand in for any number of Elizabethan structures popularized during the era.

Bakewell, England, is the home of Haddon Hall, a country house on the River Wye that’s housed numerous dukes since its origins in the 11th century. The location first started as a medieval manor house, before frequent additions were made to turn the hall into a more Tudor-looking compound. Queen Elizabeth was known to stay at the estate, rooming in a grand, detailed bedroom that was recreated via watercolor in 1869.

Banbury is home to Broughton Castle, which, while holding no obvious significance to Elizabeth I, still served as an exterior location for the series. It’s known for its moated entrance and interior manor that dates back to 1306. However, most of what you’ll see of the riverside manor has added in the 1500s.

More like this
A Guide To All Of Zach Shallcross' 'Bachelor' Filming Locations
By Brad Witter
A 'Terminal List' Sequel & Spinoff Are Reportedly In The Works
By Kadin Burnett and Grace Wehniainen
You Might Want To Rewatch This Key 'On My Block' Scene To Understand 'Freeridge'
By Grace Wehniainen
The 'Freeridge' Cast Shared Their Hopes For A Potential Season 2
By Grace Wehniainen
Get Even More From Bustle — Sign Up For The Newsletter
From hair trends to relationship advice, our daily newsletter has everything you need to sound like a person who’s on TikTok, even if you aren’t.