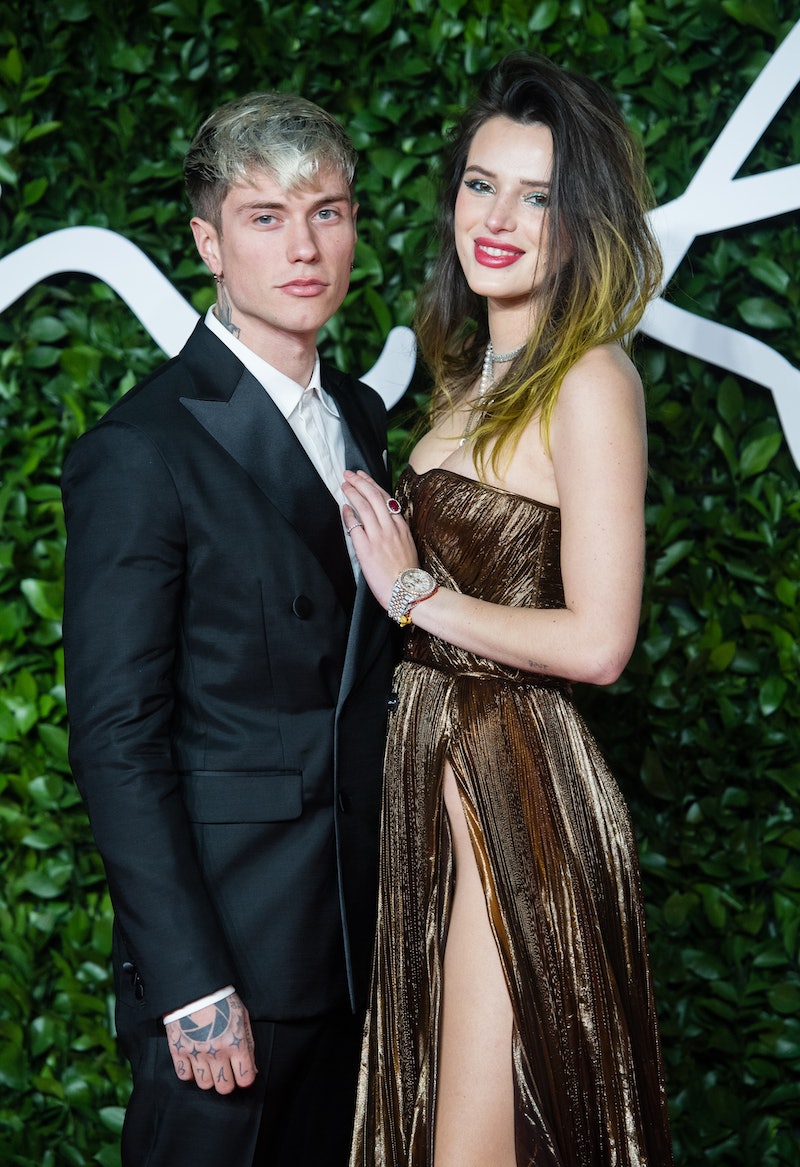 Ben and Bella are officially tying the knot! On Saturday, March 20, Bella Thorne announced she got engaged to Benjamin Mascolo, around two years after she started dating the Italian singer. Mascolo, who was first linked to the My Own Worst Enemy actor in April 2019, posted a photo with Thorne on Instagram after the proposal. “She said YES,” he wrote in the caption.

Mascolo also posted videos from the engagement on his Instagram story, where he can be heard telling Thorne, “I love you so much,” in front of a large heart reading “B+B.” “Yay, we’re getting married,” he said in the video. “Celebration in Italy and America both.” Thorne also shared the video to her own Instagram story, posting it with a simple engagement ring emoji.

The singer celebrated with a version of the “How It Started/How It’s Going” meme as well, sharing a photo of Thorne commenting with a unicorn emoji on one of his selfies several years ago and then ending with his romantic proposal. Mascolo and Thorne were first rumored to be dating in April 2019, shortly after Thorne split from Mod Sun, with whom she was in an open relationship alongside YouTuber Tana Mongeau, according to People.

Thorne had teased a potential proposal via Instagram in January, sharing a picture of Mascolo in Venice, Italy, and writing in the caption, “big announcement coming soon. I’m so happy” with engagement ring emojis. Mascolo commented on the post, writing, “I MISS YOU.”

The couple went Instagram official in June 2019 when Thorne posted a photo of them on a boat. He captioned it, “I’m very happy w you,” indicating that they were off to a good start. Mascolo later appeared publicly with Thorne at the premiere of Her & Him, the actor’s directorial debut, at the Oldenburg Film Festival in Germany.

The two have continued to share plenty of candid moments on social media over the past couple of years. On Feb. 14, Thorne posted a Valentine’s Day post on Instagram that celebrated their relationship; it showed the couple cuddling on the couch alongside the message: “caught red handed at dinner serving straight love. #happyvalentinesday.” Mascolo hinted that the couple might be thinking about marriage in the comments, writing, “my forever valentine.”