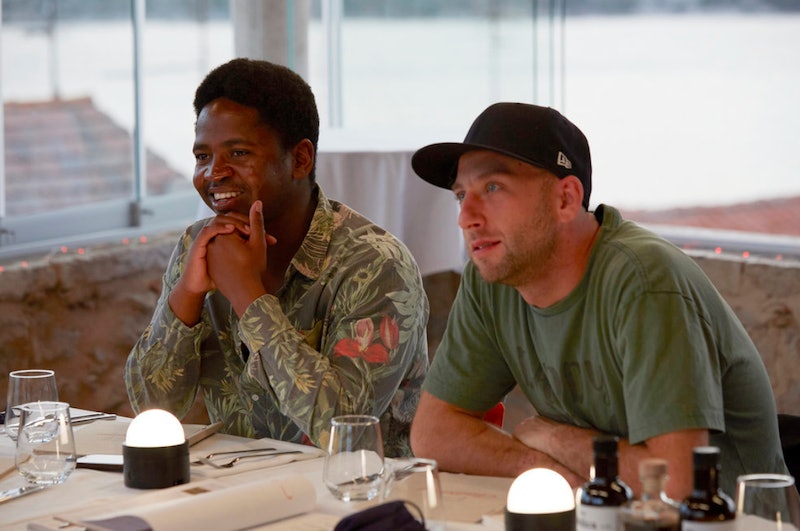 It’s out with the old and in with the (mostly) all new cast on Below Deck Mediterranean Season 6. The only holdovers from last season are Captain Sandy Yawn and bosun Malia White. And they’re both going to have their hands full with seven new crew members when the show premieres on June 21 on Peacock (and a week later on Bravo).

One thing fans will immediately notice is that the new cast is more diverse than in previous seasons — an issue stemming from a lack of diversity in yachting in general. As Below Deck Season 7 cast member Simone Mashile pointed out to Showbiz Cheatsheet in 2020, she’s one of the very few Black crew members she’s come across in the industry. “It is truly mostly a homogenous industry,” she said. “And I feel that people who aren’t caucasian or have a certain look of like blond hair, blue eyes — which is incredibly favored, by the way — just don’t get equal opportunities.” She added of her time in the industry, “I would go through interviews with the captains and we get to a final stage. And it was me against like another girl and the captain would come back saying, sorry, the owner just prefers blonds. So that’s not gonna work.”

Two of the seven new Below Deck Med stars are Black, though the majority of crew members are still white. Here are all the new faces you’ll see joining Captain Sandy and Malia this season.

The new ship chef got started in the culinary world as a kid. According to his Bravo bio, his mom ran a macrobiotic cooking school that sparked his own passion for cuisine. He later trained as an assistant chef on a Greenpeace tour before joining the yachting world full-time. He’s cooked for A-listers like Hugh Jackman, so he’ll be well-prepared for any picky eaters aboard the Lady Michelle.

Operating as Chief Stew, New Zealander Katie has been in the business for six years — and she’s got the amazing vacation Insta pics to prove it. The Bravo teaser for the show says that she finds herself in conflict with the crew early on, so you can look forward to seeing that drama play out.

Lexi was born in the Bahamas, and she represented the country at Miss Universe in 2013. But she moved to America for college and got her start in the yachting business when she met a yacht captain while in Florida. She’s been a stew ever since.

Another stew aboard the ship is Courtney from North Wales. Per her Bravo bio, she’s worked as everything from a bartender to a nanny to a Disneyland Paris performer (she went to a performing arts college, so it fits). Once she found sailing, though, it stuck.

It feels like every season of Below Deck has some kind of love triangle, and David may be responsible for this year’s. The Bravo teaser hinted that “when more than one yachtie catches his eye, he juggles work and play, leading to heartbreak.”

Besides some messy romance, fans can expect the deckhand to bring a passion for yachting to the show. His Bravo bio says that he has a “good attitude” and “work ethic” and that he has a lot of experience in yachting following his time working as a surfer and beach lifeguard.

South Africa native Zee is another deckhand on Lady Michelle, and he comes from a family of yachters — two of his adopted brothers work in the industry, one as a captain and the other as a chief officer. Zee’s got a ways to go before he hits that level in his career, but he’s working on it.

Last but not least is deckhand Lloyd, who got his start in yachting after leading tour groups around Europe and sailing in Greece. At first, he was in the more commercial side of sailing, making winter deliveries in the Irish sea, but now he’s ready to have fun on the warm weather yacht charter.