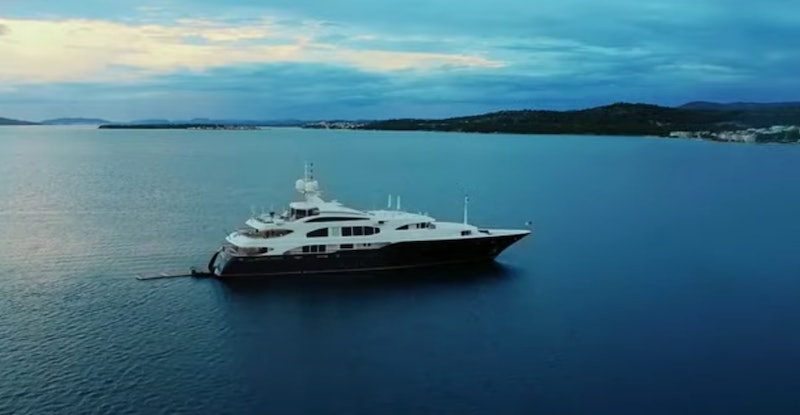 Below Deck Mediterranean is heading back to familiar waters. After sailing off the coast of Croatia in Season 2, the show is returning to the country for Season 6. Croatia was also recently featured in the second season of Below Deck Sailing Yacht, which is why viewers might recognize the yacht now being used in Mediterranean Season 6, the Lady Michelle.

At the end of Below Deck Sailing Yacht’s most recent season, the crew had to make a last-minute change to their charter when their original guests tested positive for COVID-19. Since the Lady Michelle was already in the area, its crew became the Sailing Yacht’s new charter guests. There was a lot of panic from the Sailing Yacht crew about what it was going to be like to work for fellow yachties, though the Lady Michelle crew at the time isn’t the same one on Below Deck Med Season 6.

By comparison, the ships used in the first two Mediterranean seasons (including the Sirocco that sailed Croatia last time) cost around $167,000 and $213,000 per week, respectively, while last season’s impressive Wellington ship reportedly cost around $243,000 per week.

There’s a reason the Lady Michelle is so pricey, though. According to The International Yacht Company, the massive ship can sleep 13 guests in six cabins and contains a beach club, sun deck, gym, and jacuzzi. It also comes with variety of water toys like wave runners, waterskis, and a waterslide, per Burgess. If someone wanted to buy the whole ship and sail it all year round, IYC has it listed for $19.5 million. And you might need to buy the ship to get it back to Croatia, because that’s not its usual charter route.

On Below Deck, the ship sailed up to scenic Šibenik in Croatia, but the Lady Michelle typically isn’t a Mediterranean vessel. According to Burgess Yachts, it sails the Caribbean and Bahamas in the summer and just the Bahamas in the winter. So don’t get too attached to the Croatian setting if you’re planning to charter Lady Michelle with all of your spare hundreds of thousands of dollars.