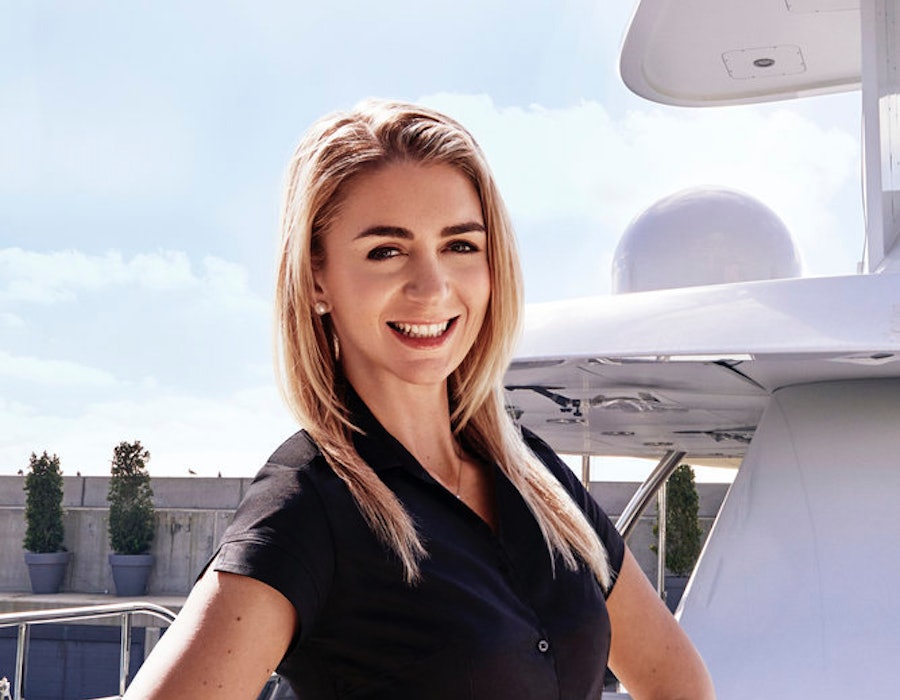 Get ready to set sail: Below Deck: Mediterranean returns for its fifth season on Bravo on June 1. One addition to Below Deck is Lara Flumiani, who makes her Mediterranean debut on the reality TV series that follows crew members who live and work aboard a yacht as they deal with the dramas of passengers and colleagues while out at sea. So, who is Flumiani? She'll soon traverse the open waters with a captain, fellow stewardesses, and elite passengers, so below is a rundown of everything viewers should know about the Below Deck addition.

According to her Bravo TV profile, Flumiani entered the yachting industry by accident but quickly fell in love with the trade. Climbing the ranks of yachting for 10 years, Flumiani first spent a few years as a stewardess and soon became a chief stew on a small yacht. As a “hothead” who “does not hold back when confronting drama head on,” Flumiani will let fellow crew members know if they fail to meet her expectations, per her Bravo description. Still, with an “endless love for culture,” Flumiani takes full advantage of her career, “hopping off-board to party and go sightseeing any chance she gets.”

Below is everything to know about Flumiani.

Lara Is An Italian Native

Per her Bravo TV profile and her Instagram bio, Flumiani is a proud Italian native. She often shares snapshots from her home country, such as the scenic Instagram post above, as well as posts from Capri Rooftop, a lounge bar in Capri, Italy, and Portofino, a fishing village on the Italian Riviera coastline.

Below Deck's Lara Is A World Traveler

Flumiani is a world traveler who has been to destinations like Mallorca in Spain, Corsica on the Mediterranean Sea, and Phuket in Thailand during her stint as a stewardess. On her Instagram, she has tagged locations that range from Maya Beach, located on the island of Ko Phi Phi Leh, in Phuket, to Saint-Tropez, a coastal town in the French Riviera, in southeastern France.

Along with her photos from her various travels, Flumiani regularly shares fitness snapshots on her Instagram. With her excessive use of the hashtags #gymmotivation, #gymlife, and #legsworkout, it’s clear that her devotion to health and fitness is no joke.

Lara's Below Deck Season Is Historical

As mentioned in the trailer for Season 5, Flumiani’s upcoming Below Deck: Mediterranean season will make “herstory” as Malia White becomes the first female bosun — otherwise known as ship officer responsible for the crew — in the show’s history. “You've got a female bosun, a female captain, a female chief stew," White says in a teaser. “Respect that.”

Tune into the new season of Below Deck: Mediterranean on Bravo on Monday, June 1 at 9 p.m.

More like this
This Pre-'Love Island' Video Of Olivia & Zara Together Changes Everything
By Bustle UK
Twitter Can’t Make Up Its Mind About Ekin-Su’s 'Dancing On Ice' Skate-Off
By Sophie McEvoy
Twitter Is Saying The Same Thing About Ekin-Su’s 'Dancing On Ice' Debut
By Sophie McEvoy
Paris Hilton Just Shared The First Photo Of Her Baby
By Sam Ramsden
Get Even More From Bustle — Sign Up For The Newsletter
From hair trends to relationship advice, our daily newsletter has everything you need to sound like a person who’s on TikTok, even if you aren’t.