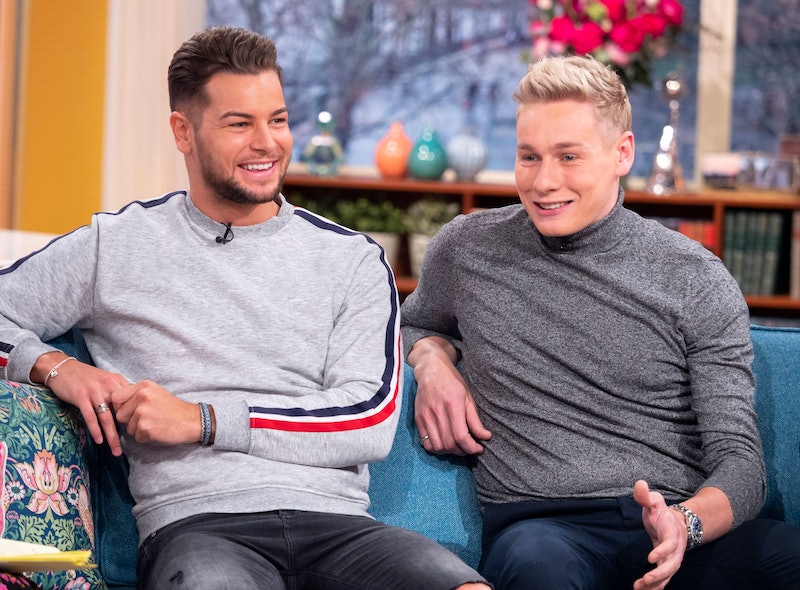 Ben Hughes has been doing important work as a survivor of testicular cancer. He, alongside his brother Love Island's Chris Hughes, recently made a documentary about his experience in order to raise awareness about men's health. During the show his other half features heavily, so how did Ben Hughes meet his partner?

Although it's not clear how Ben met his partner Olivia Round (or Libby to friends) what is known is that they're two peas in a pod and have been together for just shy of two years according to his Instagram account. They enjoy going to the races, FOMO inducing holidays, and general loved up bliss. Ben clearly adores his bae and routinely refers to her as his, "rock" in multiple loved up pics shared on his social media. She was with him throughout his treatment for testicular cancer. "She’s stood by me when times were really hard," he says, "and made them bearable."

Despite being together for less than two years, it's pretty obvious that they've made their minds up about each other as according to Ben, they have even built their own home in the Cotswolds where they're both from.

Starting a family isn't immediately on the cards for the couple, explained Ben during the BBC Three documentary, Me, My Brother & Our Balls. Scenes from one episode showed the pair learning that Ben's fertility was lower than expected. Both he and Olivia they were both visibly upset as they'd like to have a family one day.

However, Ben is very hopeful about his future and having children with Round. "I think I'm in a better position than most of my friends who've never checked their fertility," he says. "And I think myself quite lucky that I'm in that position where I've already started having mine looked at and something's being done about it."

Nobody knows what the future holds but it definitely looks bright for Ben and Olivia.