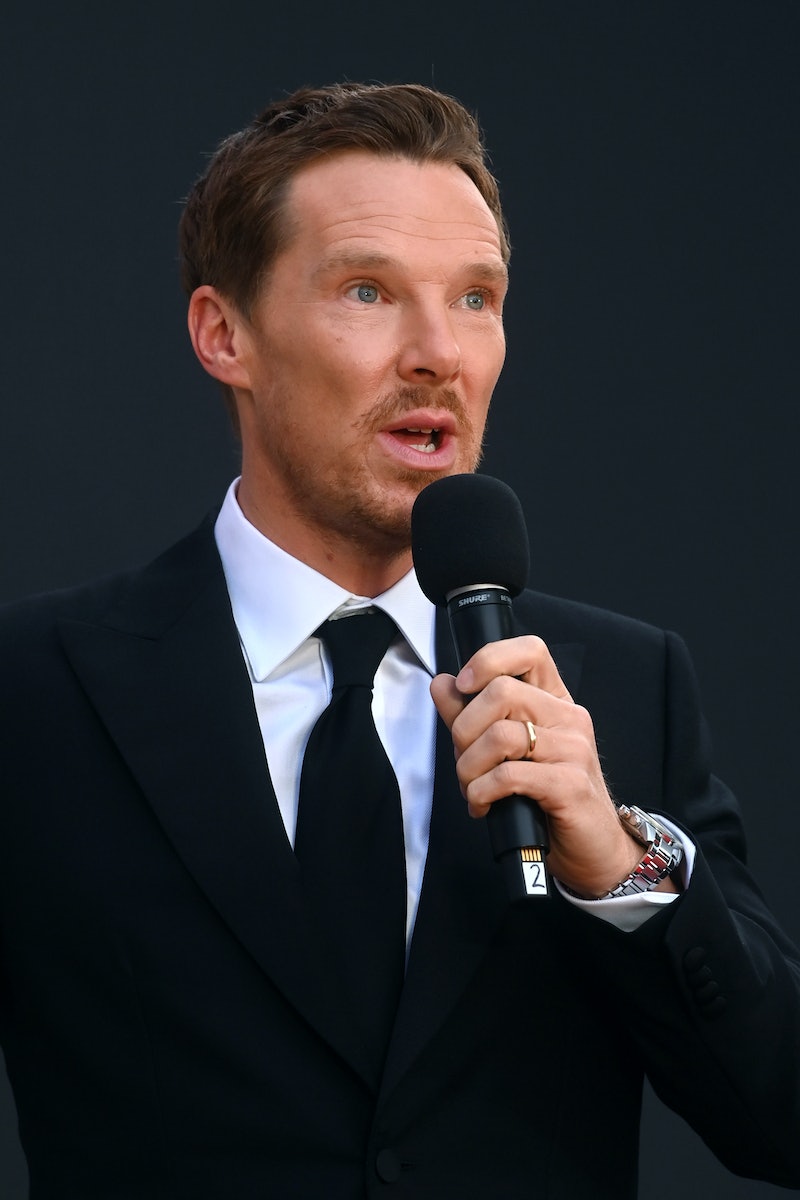 Written and directed by Jane Campion, The Power of the Dog sees Benedict Cumberbatch star in his first Western – and he’s the baddie. Taking on the role of Phil Burbank, an intimidating rancher with a penchant for bullying those closest to him, Cumberbatch believes this part is the perfect opportunity for men to realise they need to “fix” their behaviour, as well as recognise how harmful toxic masculinity really is.

“You get this sort of rebellion aspect [from men today], this denial, this sort of childish defensive position of ‘not all men are bad’,” he told Sky News. “But no, we just have to shut up and listen.” The actor also noted how “there is not enough recognition of abuse” or the disadvantages people face at the receiving end of this behaviour, and that “somewhere along the line we need to do maybe what the film does as well, which examines the reason behind this oppressive behaviour.”

Cumberbatch also touches upon the film industry’s attitude towards women, which is still dominated by men despite there being “more women than ever working in film” according to the Guardian. Despite women like Campion changing the landscape of film in decades past, like when she became the first female filmmaker to win a Palme d’Or at Cannes in 1993, there’s still a long way to go until the industry is truly equal.

“It is like mental health, you know, these things are still a stigma,” Cumberbatch explained, referring to the arduous journey women still have to experience to make it in the male-dominated film industry. “There’s still something that needs talking about, needs addressing, needs writing, help with, and until there is equal pay, a place at the table, equality across the board of every kind, we sill have to have that conversation,” he concluded.

More like this
Channing Tatum “Nearly Killed” Salma Hayek During 'Magic Mike' Lap Dance
By Sam Ramsden
Jemima Khan Used Her Own Life As Inspo For 'What’s Love Got To Do With It?'
By Darshita Goyal
Gerard Butler Insisted On Adding This Pivotal Scene To 'Plane'
By Catharina Cheung
You’ll Definitely Recognise Isadóra Bjarkardóttir Barney’s Mum
By Maxine Harrison
Get The Very Best Of Bustle/UK
Sign up for Bustle UK's twice-weekly newsletter, featuring the latest must-watch TV, moving personal stories, and expert advice on the hottest viral buys.