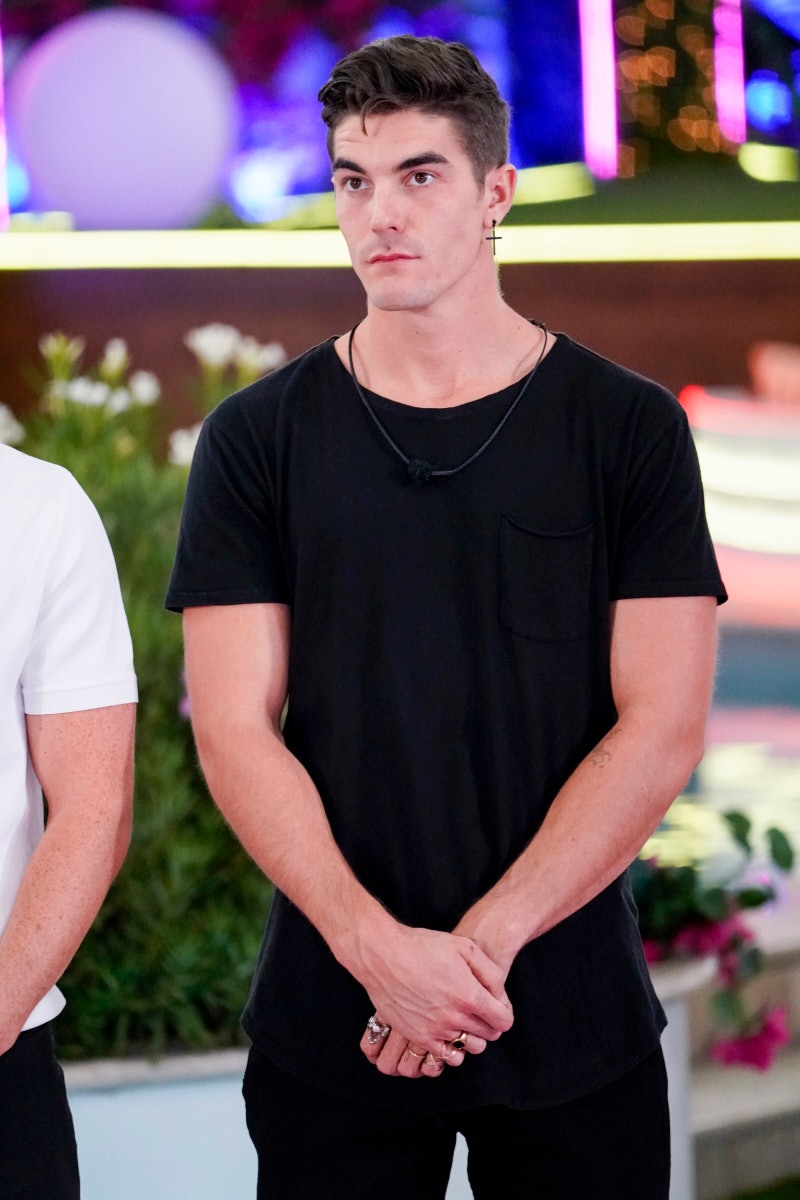 The Sept. 21 recoupling made it official — Bennett Sipes will stick around Love Island for a bit, and with his increased screen time, he's already opening up about his past. In a conversation with new partner Kierstan, he revealed that he used to date Instagram influencer and model Sommer Ray, and that they even lived together for a period of time.

Kierstan's jaw visibly dropped upon hearing the news, and she wanted to know how they connected. Apparently, Bennett was Ray's waiter at a restaurant and their relationship grew from there. Though it's unclear exactly when the two dated, it appears that they were together in 2018, when TMZ reported that he got in an altercation over her at a Los Angeles club with Kourtney Kardashian's ex Younes Bendjima (Bennett ended up suing Bendjima, Odell Beckham Jr., and Drake over their security teams' involvement in the altercation, and the case is still ongoing.)

According to various outlets, before dating Bennett, Ray dated Demi Lovato's fiancé Max Ehrich, and after splitting from Bennett, she was in a relationship with Machine Gun Kelly.

Other than details of his dating history, here's what else you should know about Bennett.

According to his CBS bio, Bennett is from Baltimore but he currently resides in Los Angeles, where most of his Instagram posts are tagged. He seems to have a lot of friends in the area, per Instagram, and has shared lots of photos of them partying and having fun together.

Though the show doesn't call him one, Bennett's LinkedIn says he's an actor and model, and he's shared plenty of headshots on Instagram.

Bennett's Instagram is full of dog content — so much that it's not clear which dogs he posts actually belong to him. He often posts two of his "nephew" pups — Southy and Moosemoose, whom he seems to love dearly.

He has a great sense of style.

And he doesn't seem to take it too seriously.