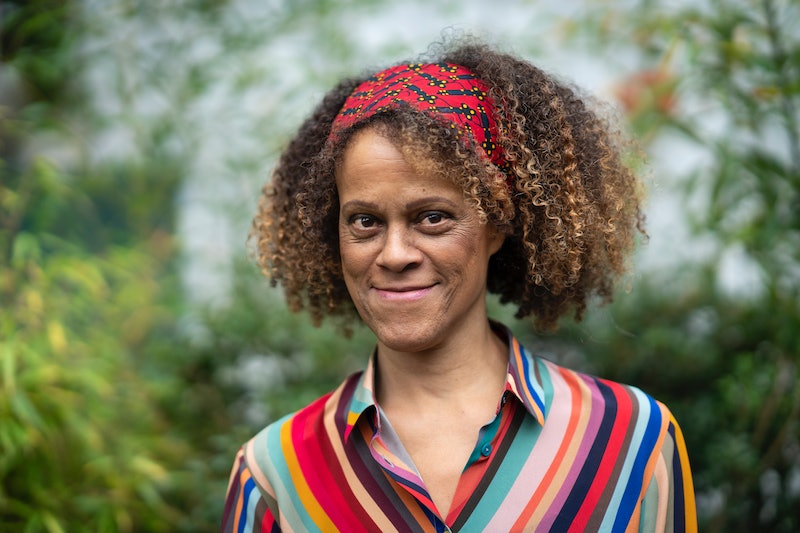 It's been a big year for Bernardine Evaristo. The Girl, Woman, Other author was declared joint-winner of the 2019 Booker Prize, alongside Margaret Atwood, given an OBE in the Queen’s birthday honours, and was awarded Author of the Year at the British Book Awards. And now she has made history yet again, by becoming the first Black female head of a major drama school in the UK.

The prize-winning author will take on a ceremonial role at Rose Bruford college as the UK’s first Black female head of a major drama school. Evaristo hopes to inspire students of colour and has praised her former college for making an “important statement” by installing her as president where she attended a community theatre course more than 40 years ago.

“I think it’s really good to have a Black woman as the head, even if it’s the titular head of a drama school, because it makes a very powerful statement,” Evaristo told the Guardian. “It’s really important that it should be Rose Bruford where I am the president, because 40 years ago I was there as a student and in many ways that college was the making of me.”

Evaristo completed a community theatre course at the college from 1979 to 1982, an experience which she has said shaped her. When she left in 1982, she co-founded the Theatre of Black Women – the first Black woman’s theatre company in Britain – alongside Paulette Randall and Patricia Hilaire, who were also students at the college. The company was formed because “there was such a paucity of roles for us,” Evaristo told The Guardian.

The appointment makes Evaristo one of the few people of colour to stand as figurehead of a major higher education institution in the UK, per the Guardian. The history-making move now puts Evaristo among the names of big drama stars including Dame Judi Dench (Mountview), Benedict Cumberbatch (LAMDA) and Kenneth Branagh (RADA) who sit as presidents of major UK drama schools.

Evaristo officially starts the role in January 2021, and will be in position for five years. She was already appointed a writer fellow at Rose Bruford College in 2018, and currently holds honorary literary positions at a number of UK universities. Evaristo was recently appointed as a vice-president of the Royal Society of Literature in Britain, made an honorary fellow of St Anne’s College, Oxford, and currently lectures in creative writing at Brunel University.