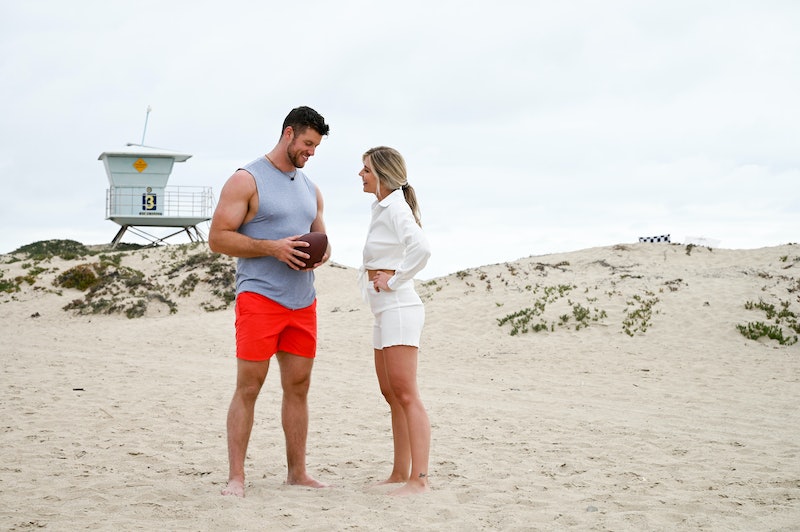 Out with one Bachelor villain, in with the next. After Clayton Echard officially sent Cassidy Timbrooks home, Shanae Ankney spent the remainder of the Jan. 24 episode solidifying her place as the new season villain. She’d already stirred up drama in the house, but set the women even further over the edge during a Baywatch-themed group date during which the cast had to create their own slow-motion run akin to the one popularized by the ‘90s show. Shanae’s run was no more ostentatious than anyone else’s, but when she capped it off by diving into Clayton’s arms and going in for a prolonged kiss, the other contestants were less than thrilled.

Throughout the episode, Shanae continued to put herself at odds with her fellow contestants. Whenever she had a moment alone with Clayton, she started talking about the other women in the house, attempting to paint the rest of them as being antagonistic toward her. This created a classic conundrum for her castmates, who wondered if they should use their time with Clayton to clarify what Shanae was saying or simply focus on getting to know him.

Elsewhere, Shanae willfully ate Elizabeth’s shrimp without her express permission. It wasn’t the worst thing anyone’s ever done on the show, but it was certainly one of the weirdest — and apparently an argument that will be revisited, according to next week’s promo!

Many people on Twitter were also put off by Shanae, who seemed to be very overtly playing the game.

It’s unclear how long it will take Clayton to send Shanae home (because come on, we know he will). But Bachelorette and Bachelor villains’ reign on the show seem to be getting shorter and shorter. In the meantime, one thing’s for sure: no shrimp is safe.

More like this
The Bachelor’s Greer Blitzer Apologized For “Uneducated, Ignorant” Past Tweets
By Brad Witter
This 'Bachelor' Contestant Had The Best Reaction To Wearing The Same Dress As Another Woman
By Grace Wehniainen
Brooklyn From 'The Bachelor' May Have Accidentally Predicted Her Time On The Show On IG
By Grace Wehniainen
'The Bachelor' 2023 Schedule Differs From Last Season In 1 Key Way
By Grace Wehniainen
Get Even More From Bustle — Sign Up For The Newsletter
From hair trends to relationship advice, our daily newsletter has everything you need to sound like a person who’s on TikTok, even if you aren’t.