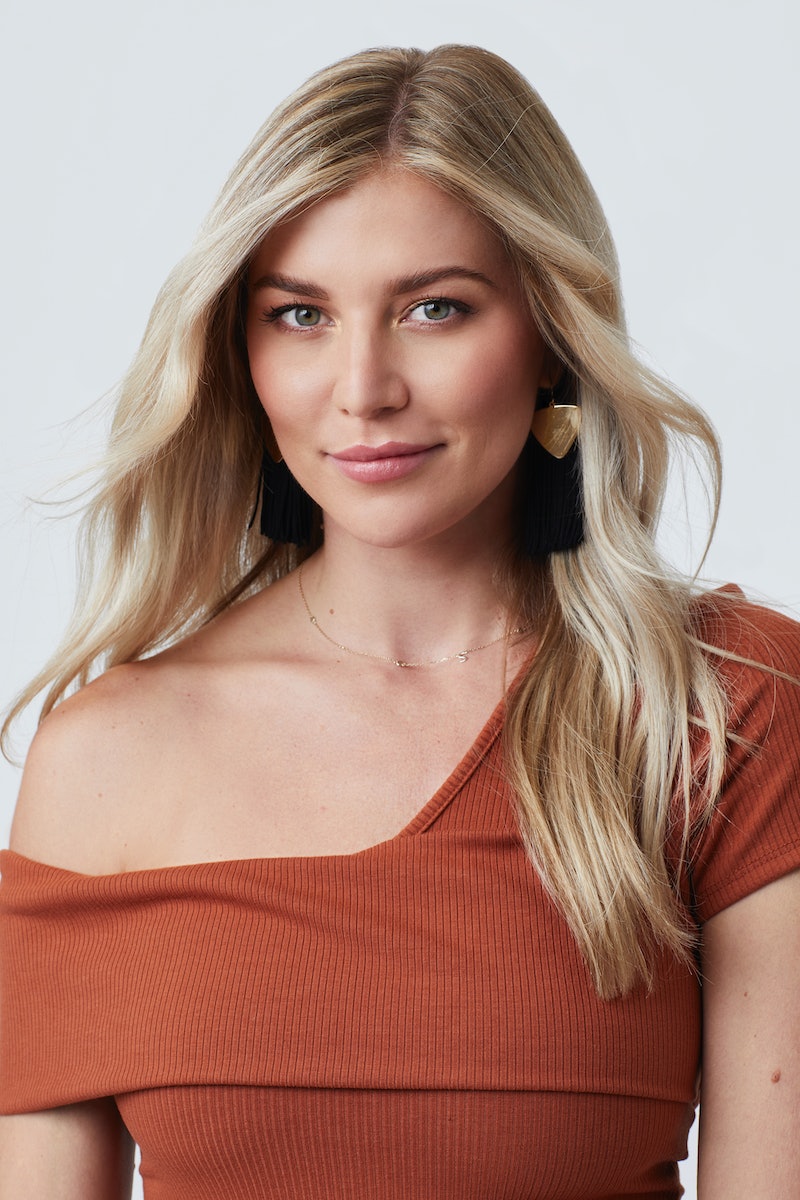 Every Bachelor season has a villain, and in Clayton’s season, that (dis)honor will reportedly fall to Shanae Ankney. “Let’s just say there are a few who emailed me pre-filming that won’t be surprised by this,” Bachelor blogger Reality Steve tweeted of Shanae in October.

Indeed, the trailer for Clayton’s Bachelor season seemed to confirm Shanae will be at the center of drama, as another woman observes that the “claws are coming out” and “gloves are coming off.” Shane’s ABC bio further hints that she’ll be polarizing, explaining that she has “a HUGE personality.” But in her own words, the 29-year-old Ohio native describes herself as a small town girl who’s “faithful, patient, and lovable.”

Here’s everything else to know about Shanae before watching her shake up the mansion.

According to, LinkedIn, Shanae recently starting working as the Director of Recruiting for OPOC.us after several years as a relationship analyst for the Worthington, Ohio-based company. Prior to that, she worked for nine months as a neurological surgery administrative assistant at Ohio State University’s Wexner Medical Center. There, Shanae was responsible for providing administrative support to physicians. “I enjoy any opportunities to grow my professional skills and make a difference in the lives of the people I work with,” she writes in her LinkedIn bio. She’s also a licensed cosmetologist.

Whether wakeboarding or spending hours “cabrewing” — aka drinking beer while canoeing — with friends on Ohio’s Sandusky River, many of Shanae’s Instagram posts feature her spending time on the water. (She even once referred to herself as a “boat babe.”)

In colder weather, you might find Shanae on the slopes. “So thankful for all the support and bad ass snowboarders who were teaching me how to snowboard for the very first time yesterday! I had a freaking blast!” she captioned a December 2018 video, tagging Olympic snowboarder Louie Vito, who replied, “Haha crushed it!!!!!!!!!”

Other times, Shanae is inside tearing up the dance floor. “Wherever the music is playing, bet you’ll find me on the dance floor dancing with friends or even alone for hours upon hours,” she wrote on Instagram in September 2020, thanking a professional photographer for capturing her in her “happy place.”

Shanae also shared that she was recently baptized at the nondenominational Rock City Church in Columbus, Ohio. “Such a special day for me 🙏🏼 one of the best days of my life,” she captioned a Nov. 25 photo from the day.

A few other fun facts: Shanae loves Christmas so much that she keeps her tree up all year round, and she’s “obsessed” with zoos.

What Shanae Is Looking For

Shanae says she went on The Bachelor to “find a man who can keep up with her in all facets of life.” That means someone with confidence who “won’t waste time playing games.” She also values her independence, so she wants a partner who “encourages her to achieve the goals she has set for herself” in addition to supporting her. Above all, though, Shanae just “wants to be able to be herself with a man who will honor and cherish her for the gem that she is.”