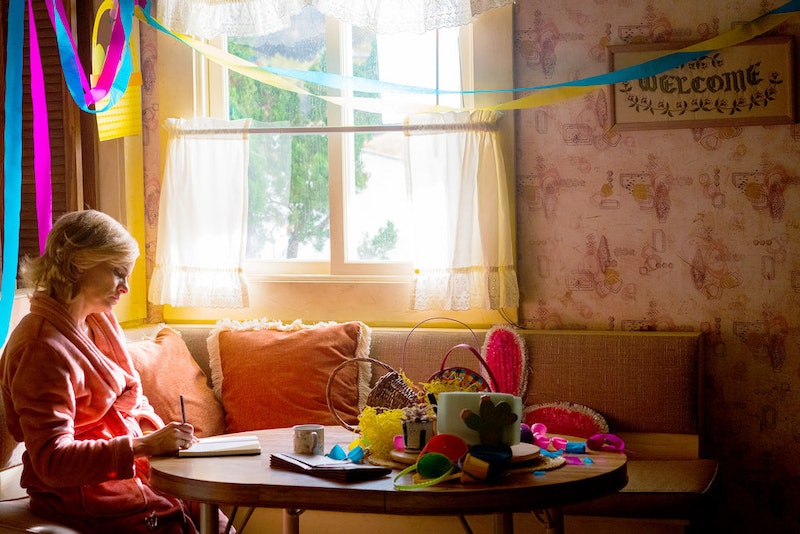 Betty Broderick is devastated when her husband of 20 years, Dan, leaves her for his young legal assistant. While he starts fresh in their old home with a new fiancée, she grows inconsolable. Betty will rage about Dan to anyone who will listen: the friends who take her to lunch; the court-appointed psychologist; her own small children, and even Dan’s answering machine. And when there’s no one left to vent to, as we see in this week’s episode of Dirty John, Betty Broderick at least has her diary.

If writing things down was a coping mechanism for Betty during her traumatic divorce, it also left her exposed at trial. After she was arrested for the double murder of Dan and his second-wife, Linda, a judge determined the emotional entries would be admissible evidence; a peek behind the curtain of her intent. Starting in 1985 when the Brodericks separated, Betty kept a journal, filling 10 volumes in three years. The excerpts jurors heard didn’t match Betty’s defense that the shootings were spontaneous. They betrayed a scorned woman who, if only in the hyperbole suited to diaries, had imagined her ex-husband’s death before she caused it.

“There is no better reason in the world for someone to kill than to protect their home, possessions, and family from attack and destruction. You have attacked and destroyed me, my home, my possessions and my family. You continue to repeatedly attack and destroy. You are the sickest person alive...A law degree does not give you license to kill and destroy nor does it give you immunity from punishment. No one will mourn you.”

The diary was a point of contention between Betty and the new couple prior to the shootings. In her jailhouse memoir Telling On Myself, Betty claims she purchased a gun in the first place only as a measure of self-defense — against Linda. Linda, after learning Betty was harassing guests to her upcoming wedding, allegedly broke into Betty’s home and stole the diary as payback.

At trial, though, what Betty Broderick objected to was the selective reading of fragments of her diary, which she thought could be exculpatory if read in full — a portrait of a person driven crazy at the hands of her eventual victims. She remarked to Deputy District Attorney Kerry Wells, “If you’re going to keep putting in pages of the diary, you should put in the whole diary, which show my day-to-day demise and destruction.”

More like this
This Netflix Doc Shows How An IRS Scammer Uncovered Secret Spy Technology
By Gretchen Smail
How A Political Staffer’s Death Became The Center Of Alt-Right Conspiracy Theories
By Gretchen Smail
This Michigan Couple Really Won $27 Million After Finding A Lottery Loophole
By Brad Witter
Where Is Oscar Torres In 'Only Murders In The Building' Season 2?
By El Hunt
Get Even More From Bustle — Sign Up For The Newsletter