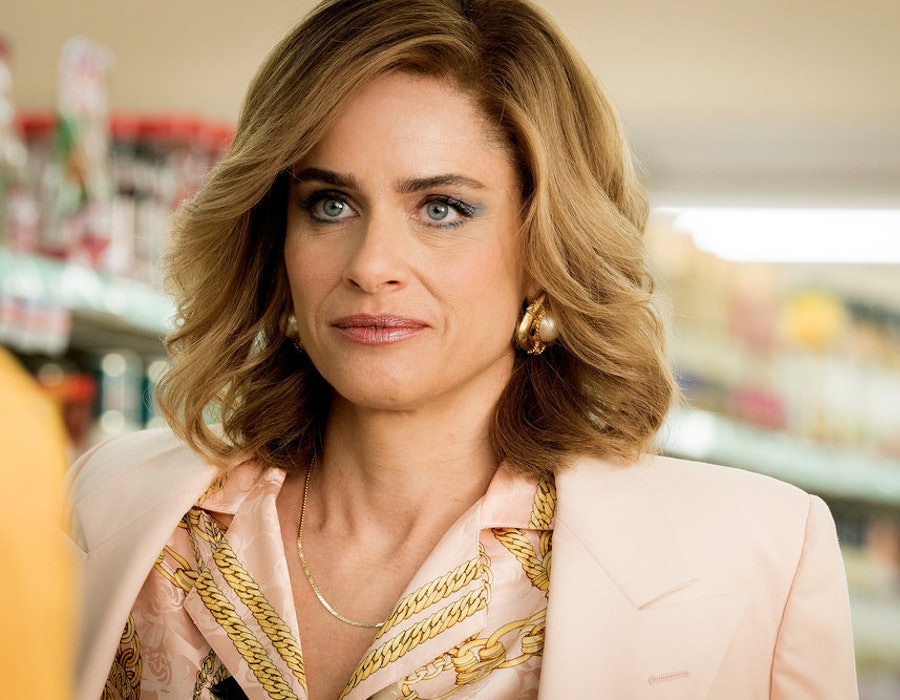 The second season of the true crime drama Dirty John follows the devastating story of Betty and Dan Broderick, a La Jolla, California, couple whose marriage ends in a messy divorce and, years later, Dan’s murder at the hands of his ex-wife. The Brodericks had been married for 16 years and had four children when Betty suspected Dan was having an affair with Linda, his new legal assistant. Their five-year divorce battle was SoCal gossip fodder for typifying the cliché of the supportive wife traded in for a younger model — Betty had worked to help put Dan through medical and law schools. But after Dan married Linda, tensions continued to escalate, with the kids tangled up in the middle. Ultimately, Betty shot and killed both her ex-husband and his new bride on November 5, 1989.

The Broderick kids, born during the first 10 years of their parents' marriage, have spoken out at various times about the tragedy that enveloped their family, starting with oldest daughter Kimberly Broderick, who testified for the prosecution at her mother’s trial when she was 20. She told the court then that her mother cried when she confessed to Kim what she’d done over the phone. According to the LA Times, she testified that her mother had been violent in the past when upset with Dan: “I remember her throwing a stereo at him.”

Since then, Kim published a tell-all memoir, Betty Broderick, My Mom: The Kim Broderick Story and relocated to Idaho, where two of her siblings also live.

Betty’s second daughter, Kathy Lee, however, did advocate for her mother, both during her 1990 trial and a subsequent parole hearing in 2010. She even offered to allow her mother to move in with her if she were to be granted early release from California Institution for Women in Chino, though Kathy has since relocated to Idaho, as well. "She should be able to live her later life outside prison walls," she said at Betty’s parole hearing. At the time of the murder, Kathy, who had been disinherited by Dan, testified to the verbal abuse her mother allegedly suffered — “her father called Betty Broderick ‘crazy, sick and disgusting’.”

Ultimately, the parole board sided with the Broderick’s eldest son Daniel, who opposed his mother's release. He claimed that his mother was still "hung up on justifying what she did." Ultimately, Daniel followed in his father’s professional footsteps and is now a real estate attorney in San Diego — not far from where he and his siblings grew up.

The couple’s youngest son Rhett was 10 when his mother killed his father and stepmother. In fact, he was staying with his mother when the murders happened. After Betty's sentencing, the teen shuffled between the homes of relatives and “even spent time in boot camps for rebellious teens,” according to an appearance he made on Oprah. Since then, the Idaho school teacher has since joined Kathy in advocating for Betty’s release. "She's a nice lady. Everyone here would like her… if they spoke with her on any topic other than my dad. Keeping her in prison isn't really helping her,” he told Oprah in 2005. “She's not a danger to society — the only two people she was a danger to are dead."

All four Broderick kids have seen their mother in prison since her sentencing in 1992. Judging by the active Facebook accounts of Betty's children and several of their spouses, the siblings are not estranged from each other, even if they are divided in how they feel about their mother. In April, Kim posted a childhood throwback photo on social media: “Happy Belated Siblings’ Day! Nothing but 🌈 and 🐶 with my all-time favs. Couldn’t do life without you #growingupbroderick.”

More like this
A New Netflix Doc Will Explore The Unsolved Murder Of Jill Dando
By Sam Ramsden
This First Look At 'The Gold' Shows Jack Lowden In A Whole New Light
By El Hunt and Sam Ramsden
Here’s What Happens To Bill & Frank In 'The Last Of Us' Video Game
By Brad Witter
Hilary Duff's Husband Matthew Koma Has Her Name Tattooed On His Butt
By Jake Viswanath and Stephanie Downs
Get Even More From Bustle — Sign Up For The Newsletter
From hair trends to relationship advice, our daily newsletter has everything you need to sound like a person who’s on TikTok, even if you aren’t.