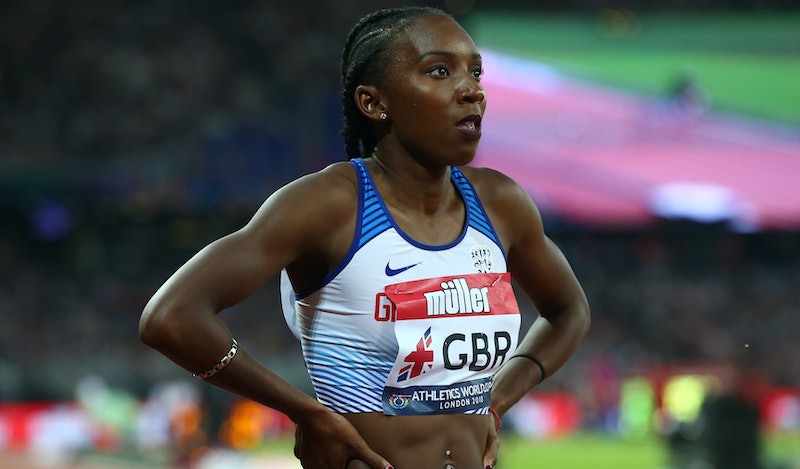 British Athlete Bianca Williams has accused the Metropolitan police of racially profiling her and her partner Ricardo dos Santos (also an athlete) after the force stopped and searched the couple while they were driving in West London. Their three-month-old son was with them during the incident. Williams and dos Santos were both handcuffed and forced to leave their son in the vehicle while officers searched it.

Dos Santos and Williams said that they remained handcuffed for 45 minutes during the search. "It's just nasty and the police were talking to him [Ricardo] as if he was scum, as if his life didn't matter,” Williams told the BBC, “the police always say to him you look like someone we're looking for, how can you afford a £60,000 car, you look very suspicious."

The Met police said has now referred itself to the police watchdog for investigation. In a statement given to Sky News on Tuesday, July 8, the force said: "We have now recorded this incident as a public complaint.The decision to refer to the IOPC has been taken due to the complaint being recorded and the significant public interest in this matter and we welcome independent scrutiny of the facts." It continued: "Two reviews of the circumstances by the Met's Directorate of Professional Standards have not identified misconduct for any officer involved."

Initially the The Met said it had "no concern" about the conduct of the officers involved in the incident, saying a previous statement: "Officers from the Directorate of Professional Standards have reviewed both footage from social media, and the body-worn video of the officers, and are satisfied that there is no concern around the officers' conduct," the statement read.

It comes after Mayor of London, Sadiq Kahn raised a case with the Met about the incident, writing on Twitter: "stop and search must be intelligence-led, carried out fairly and with respect, and all officers now have body-worn video cameras to help hold them to account.”

The police have said that the family were stopped because officers "witnessed a vehicle with blacked-out windows that was driving suspiciously, including driving on the wrong side of the road. They indicated for it to stop but it failed to do so and made off at speed. The officers caught up with the vehicle when it stopped on Lanhill Road. The driver initially refused to get out of the car."

Williams and dos Santos have denied these claims and said that it’s not the first time that they’ve been stopped by police. “We are planning on taking it down the legal route. I feel very hurt by their actions, and to witness my partner being taken away and for me to be taken away from my son, my heart hurts,” said Williams on The Today Programme.

Met police Commander Helen Harper told the BBC that she wanted to discuss the incident with Williams. “We want to listen to, and speak with, those who raise concerns, to understand more about the issues raised and what more we can do to explain police actions. Where we could have interacted in a better way, we need to consider what we should have done differently and take on that learning for the future."

In an interview with Sky, Williams called for the Met Chief, Cressida Dick, to "consider her position" . Williams and dos Santos' coach and Olympic gold medalist, Linford Christie, who initially shared the footage of the stop and search, has called on Dick to explain, "what justification the Met police officers had in assaulting the driver, taking a mother away from her baby, all without one piece of PPE and then calling the sniffer dog unit to check the car over”.

More like this
What The UK Blocking Scotland’s Gender Recognition Bill Means
By Sam Ramsden
This Dark Humpty Dumpty Theory Will Haunt You
By El Hunt
'Bridgerton's Regé-Jean Page Is The World’s Most Handsome Man
By Darshita Goyal
Turns Out George Clooney Is A Huge Fan Of This Classic British Game Show
By El Hunt
Get The Very Best Of Bustle/UK
Sign up for Bustle UK's twice-weekly newsletter, featuring the latest must-watch TV, moving personal stories, and expert advice on the hottest viral buys.

This article was originally published on July 7, 2020