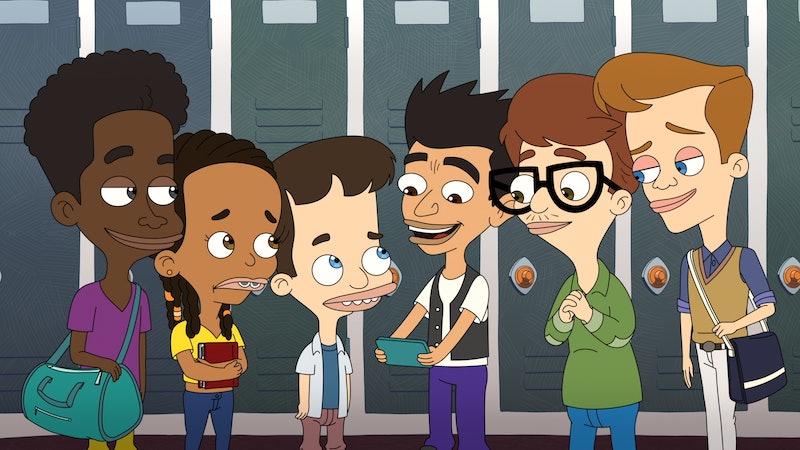 Big Mouth is expanding its universe with upcoming spinoff series Human Resources, but that doesn’t mean the original show is coming to an end. Netflix renewed the adult animated series through Season 6 way back in 2019 as part of a multi-year deal Big Mouth creators Nick Kroll, Andrew Goldberg, Mark Levin, and Jennifer Flackett signed under their production company Brutus Pink. As part of the deal, Brutus Pink will develop other “adult, funny, and emotional” animated shows and films for Netflix in the coming years. This also means Big Mouth likely has a long future ahead of it.

“Because [Big Mouth] is about change, it doesn’t feel like we’re constantly revisiting the same jokes for people. Our characters can learn things and actually evolve,” Kroll said during an interview with Esquire in late 2020. “Part of the recipe for our success has been really going for it and not trying to play too safe. We've found the crazier the jokes, the more we're allowed to have bigger emotional moments — and the more [of those] bigger emotional moments, the more we're afforded the ability to make really insane, huge, hard jokes.”

Here’s what we know about Big Mouth Season 6 so far.

Netflix has not announced the cast for Big Mouth Season 6, but it’s a safe bet that the main stars will return. This includes John Mulaney as Andrew Glouberman, Jessi Klein as Jessi Glazer, Maya Rudolph as Connie the Hormone Monstress, Fred Armisen as Nick’s dad Elliot Birch, Jason Mantzoukas as Jay Bilzerian, Jordan Peele as Ghost of Duke Ellington, Ayo Edebiri as Missy Foreman-Greenwald, Andrew Rannells as Matthew MacDell, and Kroll as Nick Birch and various other characters.

You can also expect a handful of guest stars, as Big Mouth routinely features celebrity cameos. And it’s likely that many of the characters set to appear in Human Resources — including Keke Palmer, Pamela Adlon, and Brandon Kyle Goodman as lovebugs/hate worms and Randall Park as the Logic Rock Pete — will also appear.

The premiere date for Season 6 of Big Mouth has not yet been announced, but if it follows the same pattern as recent seasons, it will likely be released in late 2022. This piece will be updated as more details become available.