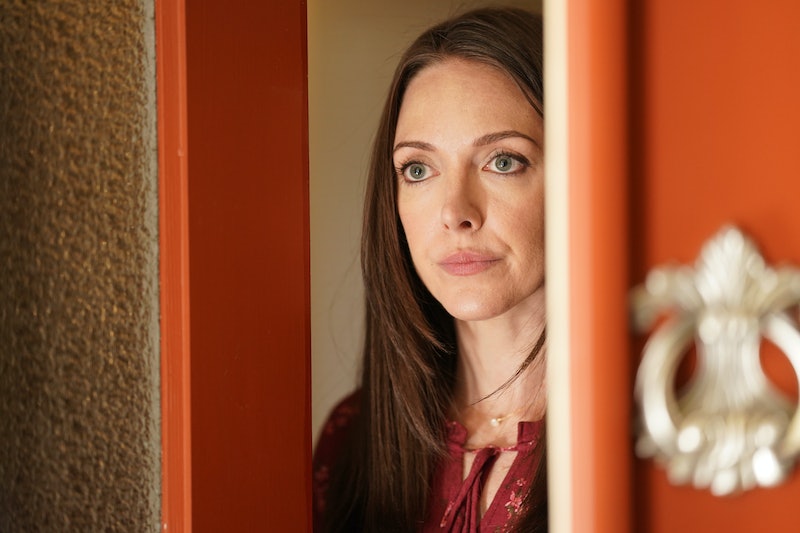 Spoilers ahead for Big Sky Season 1, Episode 13. There were a lot of bodies found and disposed of in the April 27 episode of Big Sky, but most mysterious was the body in Mary’s freezer. Cassie and Federal Marshal Mark Lindor discovered it while searching Mary’s house because they were afraid something had happened to her after she reported seeing Ronald. Unfortunately, something did: Ronald killed her. But the body in the freezer isn’t Mary’s. As Cassie pointed out, it had been there for a long time. And it’s actually likely the body of someone who either Mary or her sister Scarlet killed.

Scarlet is Ronald’s new girlfriend (only she thinks his name is Arthur). Mary was immediately suspicious of the new man in her sister’s life, saying that he reminded her of Steve, Scarlet’s ex. “Do you remember the last time you said you were in love? Because I do,” Mary said. “Arthur is not like Steve. He is sweet and kind,” Scarlet insisted.

When Ronald came home and asked who Steve was, Scarlet said that he was “just a bad penny that’s not coming back.” The conversation suggested that Steve was abusive, and if he’s not coming back, perhaps it’s because either Mary or Scarlet killed him. Mary could have then covered up the murder by hiding the body in her freezer. Scarlet mentioned that Mary was always trying to mother her, so this was likely just one more way for Mary to protect her sister.

However, when Mary got suspicious of “Arthur,” she didn’t take matters into her own hands like she may have done with Steve. Instead, she searched for Arthur on the internet until she discovered his true identity, then called Cassie and Jenny’s detective agency. Unfortunately, Ronald learned that Mary had tipped off the detectives, and he killed her to keep his cover. But now that Cassie knows Mary has a body in her freezer, Cassie is going to be even more dedicated to trying to find Mary, and it could blow everything up for Ronald.

It’s only a matter of time before Cassie finds Scarlet and tells her about Mary’s disappearance, who Ronald really is, and that she knows about the body in the freezer. If Scarlet was involved in Steve’s death, she may also face criminal charges. But worse yet, she could fall victim to Ronald too.

In the past, Ronald hasn’t had any problem hurting people he supposedly cares about. He killed his mother in a snap moment of anger, and he may see no way out besides harming Scarlet to protect himself. That’s what the May 11 episode synopsis seems to hint, at least. “When Scarlet gets an alarming call that her sister is missing, Ronald realizes just how twisted his situation has become and must decide his next move,” it reads.

Big Sky’s executive producer Ross Fineman told Entertainment Weekly that fans should be “very worried” for Scarlet. “[Ronald] should not be trusted. He can't turn over a new leaf because it's not in his capacity to do so,” Fineman said. “What we do know about him is that these impulses are beyond his control, and that's part of the fun of watching him, knowing that at any moment, he could explode.”

Ronald certainly exploded with Mary, and if it comes down to saving himself or saving Scarlet, he’ll probably pick himself. With Cassie hot on his trail, he’ll have decide soon.