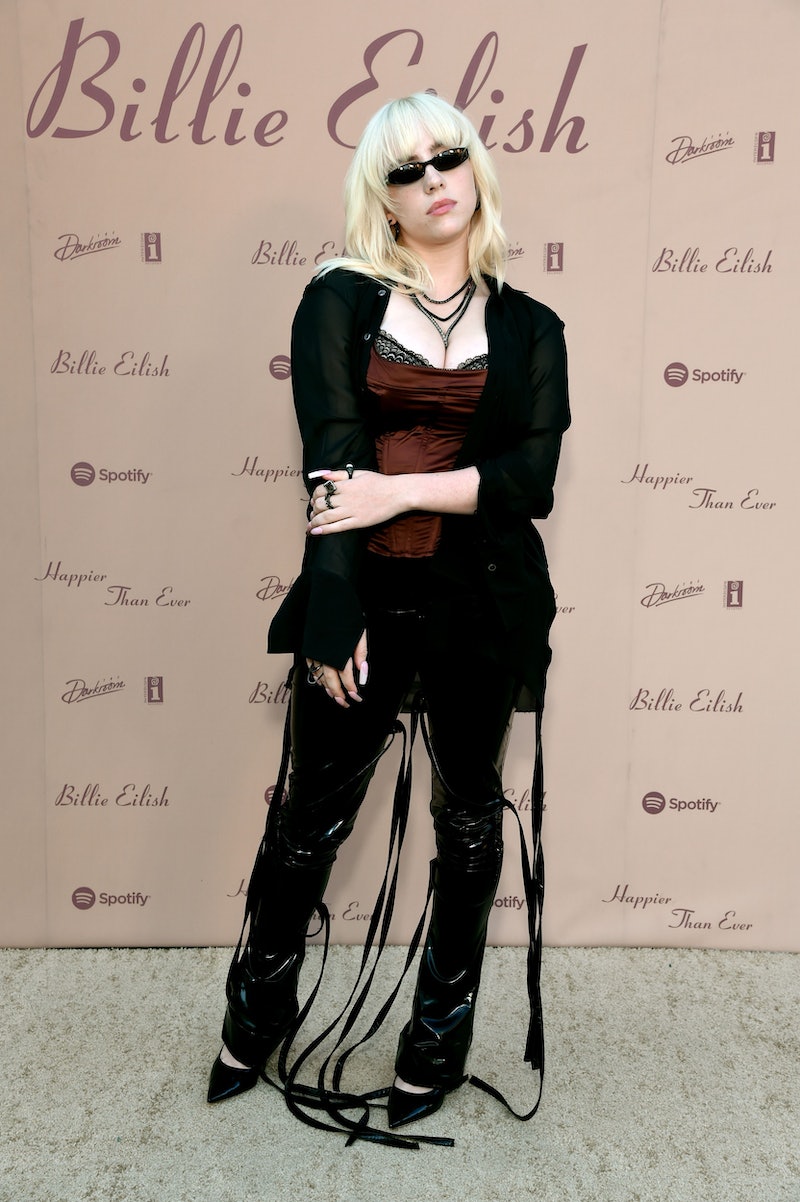 Billie Eilish’s second album, Happier Than Ever, has officially debuted, and the title pretty much sums up how the singer is feeling about it. After celebrating at the Spotify-hosted launch party on July 30, Eilish shared photos on Instagram and succinctly convey how much fun she’d had: “Most perfect night,” she wrote.

The event was not your average album release party. It offered a first look at her new album through an immersive experience, showcasing her latest work and how it came to be. With three “modes” — Billie Mode, Fan Mode, and Lyric Mode — attendees were able to interact with some of the songs from the album in a 1950s-inspired Los Angeles estate setting. They got to see exclusive videos, check out special photo moments, and write notes to Eilish, at least some of which fans will be able to do on Spotify, plus listen to her personally curated playlists, uncover an easter egg, and more.

The activation, Happier Than Ever: The Destination, is open to the public for the weekend, but her launch party welcomed her loved ones and a variety of supporters, including celebrities like Olivia Rodrigo, Willow and Jaden Smith, Ben Platt, Khalid, Karrueche, and Will.i.am. Of course, her brother and collaborator Finneas O’Connell was there, too, and it just so happened to be his 24th birthday. Eilish made sure to surprise him with a toast and “Happy Birthday” serenade from the crowd.

Photos from the event show Eilish getting into the full experience. She took in the glamorous setting and did everything from write in lipstick on a mirror to pose by a dolphin fountain. The event was a culmination of her hard work, so it’s only fitting that she’d have a chance to enjoy it.

Having her loved ones show up for her was special for the musician, too. After her first Instagram post about the launch party, she shared more, including one with a carousel of images of her with her loved ones who attended. “This is where the real love is,” she wrote.

Eilish had spilled the news that she was working on her second album in December, shortly after unveiling a new hair look. Responding to fan criticism in an Instagram story, she joked, “I’m f*cking making you an album! I will not put it out if you keep making fun of my hair. Shut up!” Either fans listened or she decided not to make good on her threat, because on April 20, she teased more music was on the way. Then, a week later, she officially announced Happier Than Ever and its July 30 release date.

Once the album dropped, Eilish opened up about her emotions, again on Instagram. “This was the most fulfilling most satisfying and profound experience i’ve ever had with my music,” she wrote in part. “Finneas and i were just on cloud 9 making this album i feel.. i love every song on this project so so much it literally scares me thinking about putting it out into the world for anyone to listen to. i feel like crying. i grew so much in the process of making this album and experienced so much self realization and self reflection. i wish i could go back and make this album all over again because it was some of the best nights in my life.”

More like this
Twitter Can’t Believe The Madonna Biopic Is Scrapped & Fans Have A Solution
By Alyssa Lapid
Beyoncé & Blue Ivy Performed A "Brown Skin Girl" Duet At Her Private Dubai Concert
By Brad Witter
"Lavender Haze" Star Laith Ashley Breaks Down Filming With Taylor Swift
By Jake Viswanath
Twitter Is In Awe Of Taylor Swift’s “Lavender Haze” Music Video
By Jake Viswanath
Get Even More From Bustle — Sign Up For The Newsletter
From hair trends to relationship advice, our daily newsletter has everything you need to sound like a person who’s on TikTok, even if you aren’t.