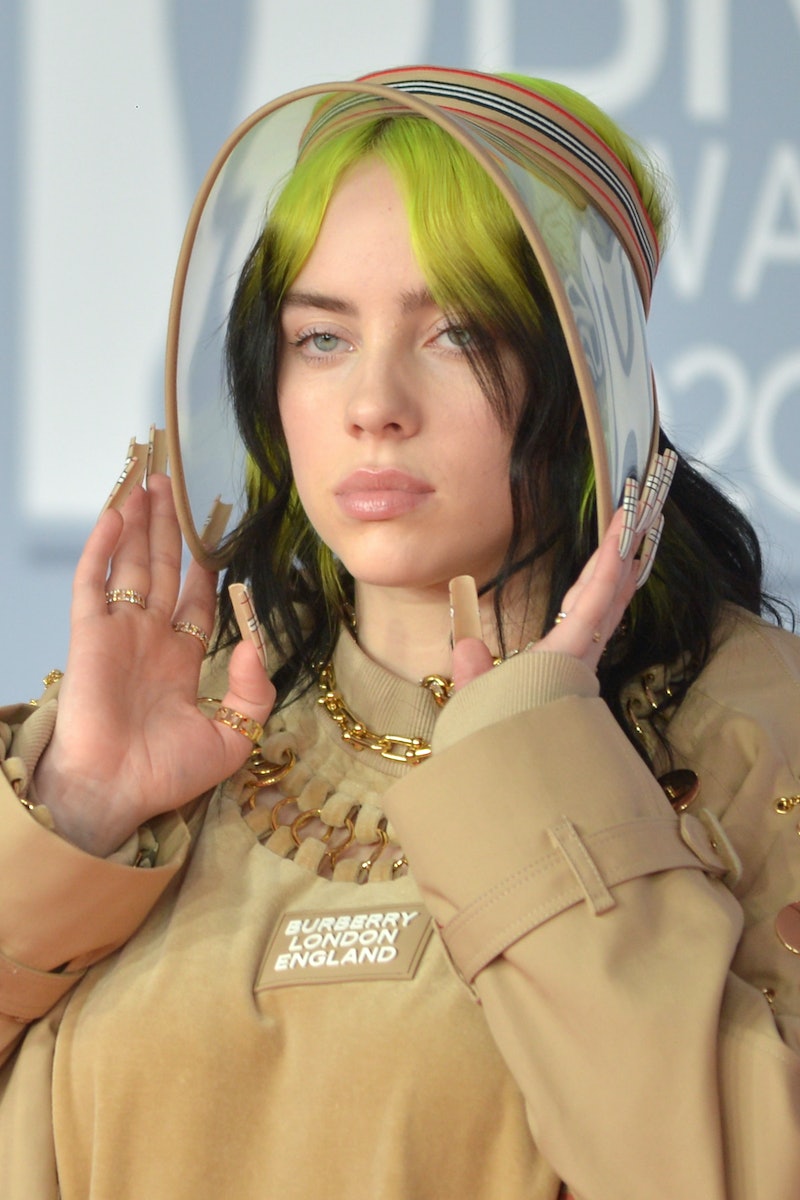 Baggy clothes are a signature staple of Billie Eilish's effortlessly cool style, and they've also allowed the 19-year-old singer to avoid unnecessary comments about her body. However, back in October 2020, a paparazzi photo of Eilish in a form-fitting tank top and shorts went viral online, spurring a whirlwind of comments about her weight and prompting the musician to start a conversation about "normalizing real bodies." In her new Vanity Fair cover story, Eilish opened up about the photo and how it contributed to her longtime struggles with body image and mental health.

"I think that the people around me were more worried about [the photo] than I was, because the reason I used to cut myself was because of my body," said Eilish. "To be quite honest with you, I only started wearing baggy clothes because of my body."

The singer went on to detail that the viral moment would've been far more difficult for her to deal with at a more vulnerable time in her early teenage years. "If that had happened three years ago, when I was in the midst of my horrible body relationship — or dancing a ton, five years ago, I wasn't really eating. I was, like, starving myself," she said to Vanity Fair's Keziah Weir. "I remember taking a pill that told me that it would make me lose weight, and it only made me pee the bed — when I was 12. It's just crazy."

"I thought that I would be the only one dealing with my hatred for my body," Eilish continued. "But I guess the internet also hates my body. So that's great."

With nearly 75 million Instagram followers to her merit, it's clear a large part of the internet loves Eilish for her style, talent, relatability, and more — but negative comments can certainly ring louder than positive ones. When Weir suggested that the internet may hate the bodies of all women, Eilish starkly responded: "The internet hates women."

Eilish previously took a stand against body shaming with a short film titled "NOT MY RESPONSIBILITY," posted to YouTube in May 2020. Originally used as a video interlude on her Where Do We Go? World Tour, which came to a halt after three shows due to the pandemic, the clip features the musician slowly undressing from a black sweatshirt to a bra before submerging herself into a pool of black liquid. "You have opinions about my music, about my clothes, about my body," says Eilish in the film's voiceover. "Some people hate what I wear; some people praise it. Some people use it to shame others; some people use it to shame me." She continued, "Nothing I do goes unseen. So while I feel your stares, I disapprove of your sigh of relief. If I lived by them, I'd never be able to move."

More like this
Lily Allen Was “Quite Emosh” After Performing Sober At Glastonbury Festival
By Stephanie Topacio Long
Here’s How Lizzo Is Supporting Abortion Rights After The Roe v. Wade Reversal
By Brad Witter
This TikTok Trend Will Help You Be Kinder To Yourself, Says Scarlett Moffatt
By Frances Stewart
Britney Spears’ Honeymoon Plans Include Watching This Movie With Her Husband
By Grace Wehniainen
Get Even More From Bustle — Sign Up For The Newsletter