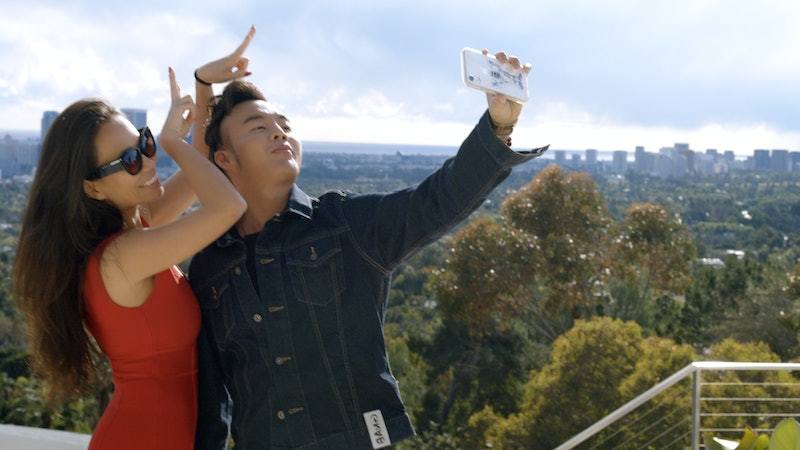 If you liked Crazy Rich Asians, you're going to want to check out Netflix's new reality TV series Bling Empire. The show follows a group of super wealthy Asian-American friends in Los Angeles who live it up and pay a lot to do so. And if over-the-top extravagance is hard to stomach right now, take solace in knowing that one of the Bling Empire cast members, Kevin Kreider, is just as baffled by it all himself. Adopted from Korea by a middle-class white family, he didn't realize there were circles of rich people like this until he moved out to Los Angeles. And he's still a little perplexed by it all, revealing in one episode that he spends $1,000 per month on his rent (in an apartment that he shares) while one of his friends is dropping $19,000 a month on hers.

The foil to Kevin and his modest spending is Kane Lim, who has the 411 on the rest of the group and spends money like it's going out of style. But he's not the only one with an Amex burning a hole in his pocket. Here are all of the wealthy members of the Bling Empire.

The son of a Singaporean billionaire, Kane is rolling in dough and he's used to all things glamorous. His Instagram serves as a photo album of all his expensive possessions.

Kevin moved to LA for a modeling career and just happened into one of the most exclusive friend circles around. As a result, he sometimes feels like an outsider for not being quite as extravagant. On his Instagram page, he posts a lot of shirtless selfies, as male models tend to do.

Christine is married to a doctor and recently gave birth to her son, whom she calls Baby G. He's pretty much her whole life, and she's particularly fond of dressing him up in chic designer outfits on her Instagram.

In the first episode, Kelly said that she moved to LA to get away from one guy and to chase another. In the series, she's dating actor Andrew Gray. But he hasn't shown up on her Instagram since 2018, so they may not still be an item.

The Mexican and Native American actor uses his Instagram mostly as a branding tool, often posting clips or photos from his on-set work. He's best known for playing the red Power Ranger in the Power Rangers Megaforce TV show.

On the show, Anna prefers to live her life out of the spotlight, and she didn't even use Instagram when Bling Empire filmed in early 2019. Even now, she only has 47 posts, mostly of her at various highbrow events with friends.

The DJ has some real Kylie Jenner lookalike vibes going on, especially when she uses filters to make her lips extra big in her selfies.

Although all of the Bling Empire stars are into fashion, it's already been argued by Vogue that Jaime is the most fashionable. Unsurprisingly, her Insta is mostly pictures of her in trendy outfits interspersed with mirror selfies.

Cherie was pregnant with her second child while filming the show, and now her Instagram is mostly filled with sweet pictures of her and her family.

Jessey is Cherie's boyfriend and the father of her children. He doesn't use Instagram as much as some of the other cast members, but the few pictures he does have usually feature Cherie.

The celebrity hairstylist isn't a main cast member, but he shows up from time to time to hang out with the other friends. He mostly uses Instagram to show off his hairstyling skills.