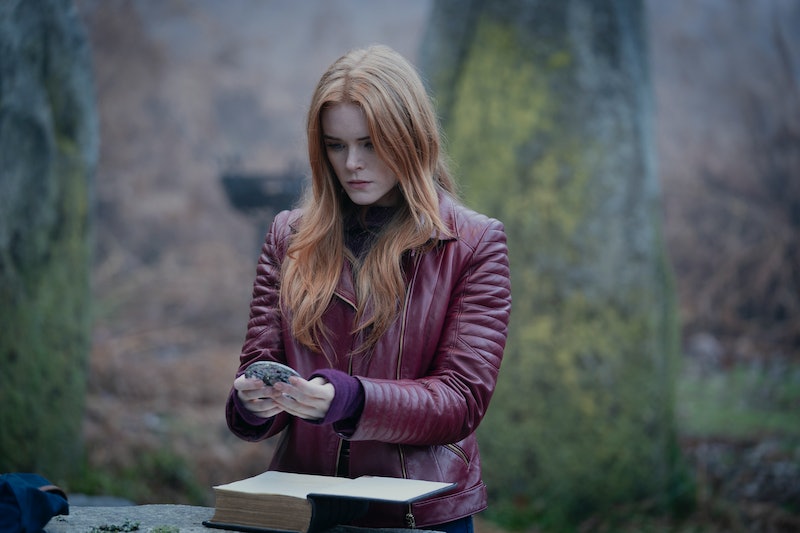 At first glance, the latest Netflix fantasy series, Fate: The Winx Saga, reads like the streaming service's answer to Harry Potter. It's about an average teenager named Bloom who accidentally discovers she has magical powers. This prompts her to leave the human world and enroll in a magical boarding school where she makes lifelong friends and learns that she may be destined to save her new home from an ascendant evil force. But Bloom's powers in Fate: The Winx Saga are actually quite a bit different from those of The Boy Who Lived, or any other Harry Potter character for that matter.

Once you get below their surface similarities, Fate: The Winx Saga isn't all that much like Harry Potter. In actuality, the series is based on an entirely different existing property: the 2000s Nickelodeon animated series Winx Club. Like the cartoon, The Winx Saga is all about fairies navigating the ups and downs of their friendships while battling evil beings. Also like the cartoon, the fairies in The Winx Saga each have distinct powers that they learn to control at the Alfea College in Otherworld, rather than all students learning the same spells à la Harry Potter. The fairy Stella can control light, Aisha has power over water, and Bloom — the most powerful of them all — is a fire fairy. She can create and control the burning elemental force, which makes her a powerful adversary to anyone who might want to do her newfound friends wrong.

"Bloom is a fire fairy who grew up in the first world, so she did not grow up in the Otherworld," actor Abigail Cowen, who portrays the character, told Netflix in a promotional video. "And she finds out, kind of by accident, that she has these powers. Throughout season one, it's following her journey with learning how to control them."

The other students at Alfea College had better hope that Bloom is a quick study. The plot of Fate: The Winx Saga's first season surrounds a resurgence of evil and dangerous creatures known as the Burned Ones. The return of the beings, long thought extinct, seems to be related in some way to Bloom's quest to discover more about her past. Whether Bloom's investigation ultimately leads to her discovering a connection to the celestial fire deity known as the Great Dragon — a prominent detail from the cartoon — is anyone's guess.

Despite similarities to Harry Potter and direct inspiration from Winx Club, Fate: The Winx Saga is telling its own story. Bloom may still be a fire fairy who appears destined for greatness, but the series could very well take her story in some unexpected places with each passing episode.