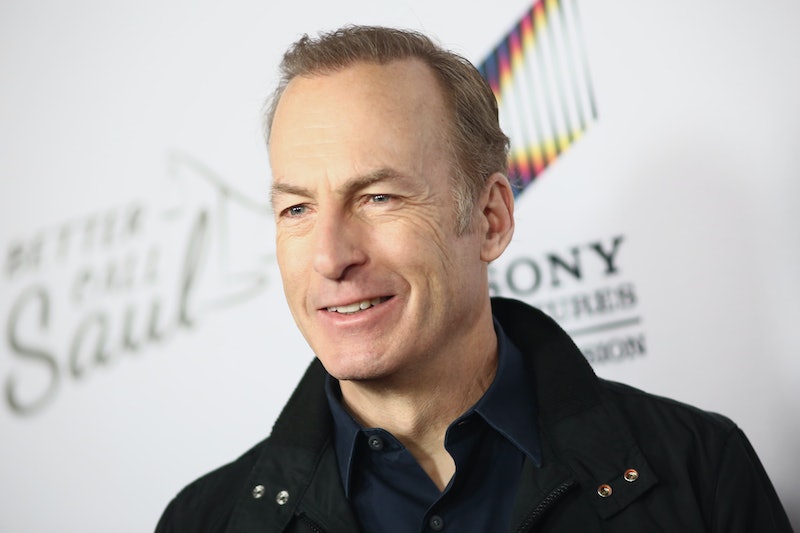 After being hospitalized for a “heart-related incident” on Tuesday, July 27, Better Call Saul’s Bob Odenkirk is currently in “stable condition.” TMZ was the first to report the actor’s medical emergency, initially describing his condition as “touch and go” after he collapsed on the set of the Breaking Bad spin-off in New Mexico. Per the outlet, Odenkirk “was not conscious” for the first few hours in the hospital, but is currently awake and doing much better.

“We can confirm Bob is in stable condition after experiencing a heart-related incident,” Odenkirk’s reps said in a statement issued to Bustle and other publications. “He and his family would like to express gratitude for the incredible doctors and nurses looking after him, as well as his cast, crew and producers who have stayed by his side. The Odenkirks would also like to thank everyone for the outpouring of well wishes and ask for their privacy at this time as Bob works on his recovery.”

According to TMZ, Odenkirk was “immediately surrounded by crew members” who called an ambulance as soon as he went down. The following morning, Odenkirk’s good friend and Breaking Bad co-star Bryan Cranston called on fans to pray for the actor, whose condition was still unknown at that point. “Today I woke up to news that has made me anxious all morning,” Cranston wrote on Instagram. And after explaining that Odenkirk collapsed and was being hospitalized in Albequerque, Cranston urged his followers to “send positive thoughts.”

Cranston wasn’t the only celebrity who expressed concern for Odenkirk. Aaron Paul, another one of the actor’s Breaking Bad co-stars, sent him love on Instagram. “I love you my friend,” Paul captioned a headshot of Odenkirk alongside a black heart emoji. Better Call Saul’s Michael Mando echoed that sentiment and asked his followers to send their “positive energy and love” to Odenkirk and his family. “Let’s hope to have him back as soon as possible,” he wrote. “I love you so much, my friend xo.”

David Cross, who co-created and co-starred in the sketch comedy series Mr. Show With Bob and David, starring Odenkirk, posted an encouraging message on Twitter. “I will share what I know when I can but Bob is one of the strongest people I know both physically and spiritually,” he wrote. “He WILL get through this.” TV producer John Levenstein replied, adding that Odenkirk “has the kind of strength that doesn’t make other people feel small.” “I’ve never gotten any Hollywood bullsh*t from Bob,” he wrote.

Still, the most reassuring tweet of all came from Odenkirk’s son, Nate Odenkirk. “He’s going to be OK,” he wrote, prompting a collective sigh of relief from friends and fans alike.

More like this
Jay-Z Is Performing At The Grammys, Meaning Beyoncé Might Actually Show Up
By Jake Viswanath
18 Photos Of Jennifer Lopez’s Mansion You Can Now Buy For $42.5 Million
By Alyssa Lapid
The 2023 Super Bowl Commercials Feature A 'Breaking Bad' Reunion & Missy Elliott
By Alyssa Lapid
'Bachelorette' Vet Clare Crawley Revealed Her Stunning Wedding Photos
By Stephanie Topacio Long
Get Even More From Bustle — Sign Up For The Newsletter
From hair trends to relationship advice, our daily newsletter has everything you need to sound like a person who’s on TikTok, even if you aren’t.