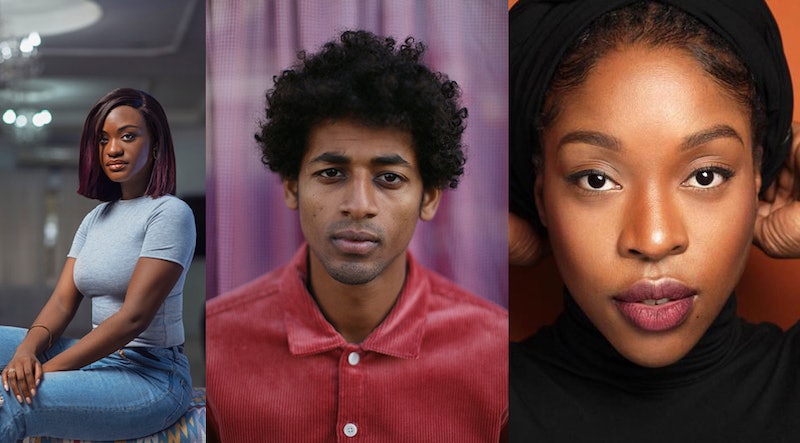 Channel 4 is gearing up to release Big Age, a “vivacious” new comedy pilot as part of its upcoming ‘Black to Front’ initiative. As the title would suggest, Big Age is about four young Black-British friends who are in the ‘big age’ era of their lives — complete with personal dreams, parental expectations and ‘and the crushing reality of maxed-out credit cards’ (Sounds relatable already).

The new comedy was penned by New York Times Bestselling author (Love In Colour) and Twitter’s favourite “romcomoisseur” Bolu Babalola, and, it sounds like a must-watch for anyone in need of a fresh new coming-of-age comedy, but when does it air, and who will be cast in the show? Ahead of its release, here’s everything you need to know about Big Age.

When Will Big Age Air?

Good news, there’s an official release date as Channel 4 has confirmed that Big Age will air on Friday, September 10 when the broadcaster plans on televising a full day of programming from Black talent and Black contributors. With ‘Black To Front day’ it aims to champions ‘Black voices and stories’ while celebrating ‘the incredible Black talent that make, shape and star in British TV.’

What Is The Plot Of Big Age?

Anyone familiar with the Nigerian phrase “at your big age?!” will understand, as the synopsis describes, how it can feel equally “loving and mocking” and “commanding and encouraging.”

In Big Age, four young Black-British friends — Sadé, Dela, Zeke, and Tayo — have the phrase “ringing” in their ears as they attempt to navigate adulthood amongst the backdrop of “parental expectation, personal dreams and the crushing reality of maxed-out credit cards .”

Sadé is Big Age’s “unashamedly ambitious” protagonist, who, at 25, dreams of being a writer but has “moments of spiralling (yet hilarious) insecurity.”

Big Age’s writer Bolu Babalola promises that the new comedy will be “a celebration of friendship” and “ambition with heart” as well as the connections “that propel us forward in newly formulating adulthood.”

Who’s In The Big Age Cast?

Big Age boasts four emerging Black British talents. Talented British actress Ronkẹ Adékoluẹjo best known for roles in Been So Long and Alex Rider, takes on the starring role of Sadé, while Treadstone’s Racheal Ofori plays Dela, Sadé’s best friend who is described as “an artist who prefers to ‘go where her soul flows’ and “is a free-spirited, sexually liberated, social justice warrior who would do anything for her friend.”

Michael Workeye stars as “slick-talking” Zeke, Ṣadé’s unrequited love, whilst Tayo is played CJ Beckford (I Am Danielle, Sitting in Limbo), the “dry humoured grounding force of the group who seemingly has his life on track.”

There’s no trailer for Big Age as yet, but be sure to check back.

What Else You Should Know About Big Age

Most notably British-Nigerian writer Bolu Babalola, a celebrated distinctive voice both online and off, says her upcoming project has been “years in the making”.

On Instagram, the writer shared her excitement for her role as a “creator, writer and executive producer” while thanking producers Amy Annette and director Nosa Eke for supporting her vision, as well as her superstar cast.

“Years in the making in a practical way but also ways that aren't visible,” she wrote. “Creator, writer & executive producer! A pilot on @channel4 ! To be able to breathe life into my dream like this is a blessing.”

Bolu Babalola isn’t the only Black talent that Channel 4 will be celebrating as part of its ongoing commitment to “improve Black representation on and off screen, amplify the conversations around representation and portrayal, and drive long-term change.”

Alongside Big Age, this September viewers can anticipate a one-off special of The Big Breakfast fronted by comedian Mo Gilligan and AJ Odudu, a new 4-part reality series Highlife and Countdown, presented by the legendary broadcaster Sir Trevor McDonald. Channel 4 has also announced that Hollyoaks will also see a special episode with an all-Black cast.